Beauty and the Beast coming to the Henderson Pavilion

Beauty and the Beast coming to the Henderson Pavilion

Just announced. Disney’s Beauty And The Beast musical will be playing for two weekends in March and April, 2020.

March 27th and 28th with another two performances on April 3rd and 4th. Tickets start at $20.00 and can be purchased here at a discount if you order by December 2nd. You will also be entered to win a meet and greet with Belle and The Beast. 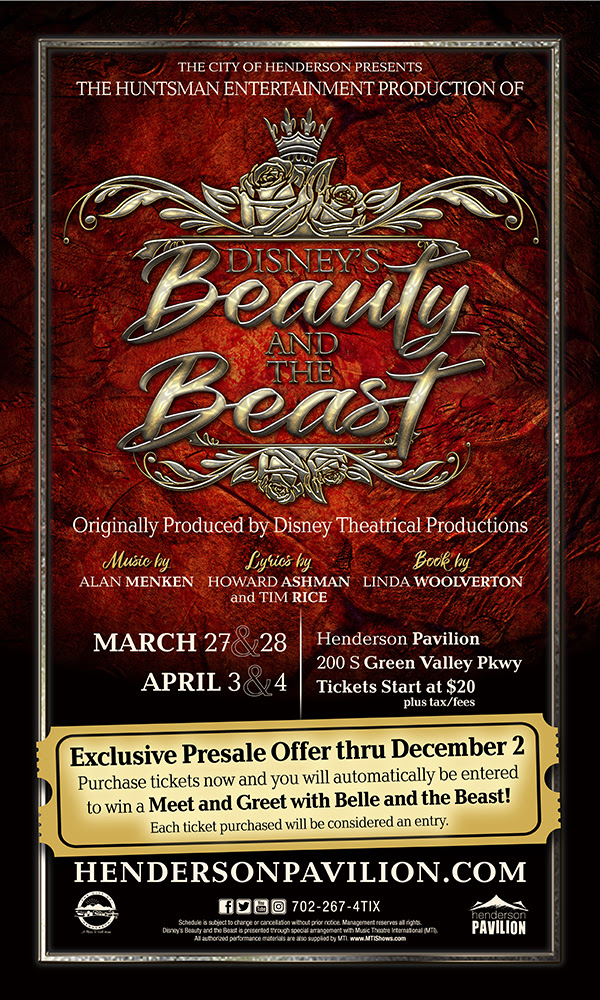 About DISNEY’S BEAUTY AND THE BEAST

Follow the story of Belle, a beautiful, book-loving woman who goes out on an adventure to find her father, Maurice, who becomes lost in the woods heading to a fair, and eventually captured by The Beast.

She finds her father entrapped in The Beast’s dungeon within his castle and barters with him to let her take her father’s place. In this exchange, Belle and The Beast develop a fond relationship but not without a few obstacles to overcome to live Happily Ever After!

Performance is produced and performed by Huntsman Entertainment.

More information can be found on the City of Henderson website here.