Dulcie Crawford is a native Nevadan, born and raised in Las Vegas, and has witnessed the spectacular value and growth of Downtown Las Vegas firsthand. She has a strong knowledge of the Downtown Las Vegas Community and what’s going on in Real Estate today. Dulcie keeps current with market conditions and stays continuously updated on market trends, legal reforms and financing so she can assist you in making informed decisions. A senior Realtor with Signature Real Estate Group, she has sold over 1,200 homes since 1998. You are assured a professional experience when buying or selling Real Estate with The Dulcie Crawford Group.

Downtown Las Vegas (commonly abbreviated as DTLV) is the central business district and historic center of Las Vegas, Nevada. It is the original townsite and was the gambling district of Las Vegas before The Strip was even built. Old movies about Vegas and the mafia took place downtown, including classic Elvis flicks, which is why it’s known as the Las Vegas historic district.

This is a throwback neighborhood that created a world-class legend of a city, and you can still feel a part of that scene today. The downtown area continues to offer gaming, cocktails, entertainment and everything that made Vegas “Vegas,” but with a totally different spin than the more modern Strip. And now it’s more desirable than ever to live here.

Single-family homes here are custom style ranch properties with an eclectic vibe that’s popular with professionals because of the convenient proximity to downtown courts and the business district. Many homes are on nice sized lots that provide privacy and coveted elbowroom, with wide streets that invite you to bike within the community while enjoying the ease of living HOA-free.

As the urban core of the Las Vegas Valley, downtown Vegas features a variety of hotel and high-rise condos, cultural centers, historical buildings and government institutions, as well as residential and retail developments. You’ll also find wartime era bungalows and the former havens of showgirls and lounge singers.

But what’s old is new again, and the area that used to be called the “old downtown” of Las Vegas has now become the hippest and fastest growing neighborhood in the city, with plenty of new condo buildings for those who want to live here.

Whether you treasure Old Las Vegas or want to be part of the New Las Vegas, you’ll find what you’re looking for in Downtown Las Vegas. This is the iconic place where old meets new, classic meets trendy, and rules are meant to be broken.

Downtown Las Vegas covers about 110 acres and is made up of several neighborhoods, all with a distinct feel. While the entertainment and attractions appeal to out-of-towners as well, this is really where locals go for fun. You can live, work and play, all within a few blocks of this historic downtown core.

Fremont Street is the main thoroughfare of old downtown, and houses the covered Fremont Street Experience, which is aptly named because it truly is an experience. The eclectic mix of this covered pedestrian mall offers access to classic casinos like the Four Queens, The D, the Golden Gate, the Golden Nugget and Binion’s, each one a favorite of locals. But it also showcases a menagerie of street performers and characters that attract the tourists.

Overhead, you can take in the hourly Viva Vision music and light show on the 1,375-foot-long LED ceiling screen, or watch zipliners flying through the sky. There are also free live concerts nightly on three separate stages, with a rotating schedule of non-stop talent performing hits from every musical genre. You can take in local favorites like Zowie Bowie, Velvet Elvis and Spandex Nation, while the annual Downtown Rocks Concert Series features chart-toppers like 3 Doors Down, Smashmouth, Sugar Ray and the Barenaked Ladies.

Beyond the standard concerts you can find every night at the Fremont Street Experience, the Downtown Rocks Concert Series brings in chart-toppers and alternative headliners you know and love from your childhood, college days, and modern times. It’s the musical soundtrack of your life, up close and personal … for free!

If throwback speakeasies are your thing (and they should be, because they’re pretty cool), the Mob Museum has one downstairs called The Underground, complete with musical entertainment. There’s also the Downtown Cocktail Room, accessible from Las Vegas Blvd but completely discrete, and Mike Morey’s Sip’n’Tip off the alley behind it. Whichever one you go to, you have to know the password to get in. This is where the 1920s meet the 2020s, and tourists rarely know how to get in.

Dining options are decidedly hip in this neighborhood, including Carson Kitchen (a.k.a. CKLAS) with a fabulous modern mac-and-cheese comfort food dish, Rachel’s Kitchen fresh casual eatery, and La Comida Mexican restaurant with its whimsical décor and neon skeleton sign. In fact, whatever cuisine you’re craving, there’s a trendy version of it here, from sushi to Thai to American to modern twists on pizza.

The historic Huntridge Theater, which has sparked passionate support over the years, is on Fremont East at Maryland Pkwy. Built in 1933, the theater spent 50 years as a movie house before being turned into a live event venue in 1992. World-class performances there include the Red Hot Chili Peppers, The Killers, Foo Fighters, No Doubt, Sublime and more. In 2004, the venue closed for renovation but never reopened.

Dapper Companies purchased the theater in 2021, and in December the venue announced a partnership with SoHo Playhouse, a New York company with an impeccable global reputation in the arts community.

As the sole operator of the historic Huntridge Theater, SoHo Playhouse will turn its future around. There will be a 450-seat Off-Broadway theater and 1,150-seat multi-use concert hall in the existing building, as well as two additional venue spaces to be built on the south side of the property: a 100-seat cabaret theatre and a 199-seat theatre replication of the flagship SoHo Playhouse in New York City.

The Fremont East district of downtown Vegas is also home to the beloved Life is Beautiful Music & Art Festival, where you can take in world-famous acts like Green Day, Duran Duran, Billie Eilish, The Black Keys, Blink-182, Chance the Rapper and many more.

Founded in 2013, this three-day festival of music, arts, and culture was created as part of a major transformation of Downtown Las Vegas, a historically underserved neighborhood. Since that time, over $350 million in economic impact and cultural capital have flooded into DTLV and the surrounding area, bringing the area even more to life.

The festival embodies the belief that art can change the world. Every year it aims to bring more musicians, artists, and creators into the spotlight.

“We exist to build a more beautiful world,” says the festival website. “A name like ‘Life is Beautiful’ comes with great responsibility. Because Life is Beautiful is more than just a festival, it’s a way of moving through the world.”

Check out the latest Life is Beautiful lineup here: https://lifeisbeautiful.com/lineup/

Don’t forget the galleries and studios of the Arts District, the epicenter to the monthly First Friday Las Vegas arts and culture festival, the Smith Center, and the hip Symphony Park. This is where Las Vegas proves it’s not just a glitzy tourist town, but a bona fide arts hub and a world-class Broadway of the Southwest.

If you’re in the mood for a cocktail, there’s no shortage of options. This is the area where artsy neighborhood cocktail bars and beer houses with trendy names abound, like the Velveteen Rabbit, ReBAR, Cork and Thorn, Level One, The Silver Stamp, CraftHaus Brewery, Nevada Brew Works, and Three Sheets Craft Beer Bar. You can create your own customized bar crawl with your besties, or tap into one of the many organized Pub and Restaurant Crawls.

One of the newer hotels in the district is The ENGLiSH Hotel, a 4-story, 74-room non-gaming artistic boutique property designed by Chef Todd English. Meant to drive the resurgence of the Vegas underground arts culture, and attract locals as much as tourists, the venue’s signature dining experience is The Pepper Club, Chef Todd’s newest Asian Ocean Fusion and Sushi Bar concept.

For the past 20 years, the Arts District has also been home to the free First Friday arts festival, presented on the first Friday of each month by the non-profit First Friday Foundation. This monthly festival showcases local artists, musicians, makers and more, with an Art Walk, Green Zone, KidZone and Food Ave., plus special events at local venues.

Designed to inspire, explore and celebrate all forms of creativity, the event’s purpose is “to create platforms for emerging artists, support community connection, and bring artistic experiences to the community through outreach programs.”

Here you can find painters, photographers, crafters, sculptors and musicians showcasing their talents at booths and on stages. You can take home a work of local art to hang on your wall, find a hand-crafted piece of jewelry or clothing, explore some unique culinary offerings, dance to local musicians, and more.

Parking for the popular festival is limited, but can be reserved in advance. Otherwise, free shuttles are offered from the City of Las Vegas parking garage at 500 S. Main St.

If you want to learn more about the city’s history, don’t miss museum attractions like The Mob Museum, where you can witness firsthand how the city used to operate with crime and punishment; the Neon Museum and Boneyard, where every historic neon sign comes to light up the sky for eternity; the Las Vegas Natural History Museum, where you can see artifacts from before the city was even conceived; and the Children’s Discovery Museum, where interactive displays let little ones learn while they have fun.

You can even get married with up to 730 guests at The Mob Museum Event Center or take your sunset wedding photos in the Neon Museum’s Boneyard.

The Las Vegas downtown historic district is the ultimate place where past meets future, and the story of this iconic city unfolds through the good, the bad, and the ugly … which all adds up to make the beautiful. 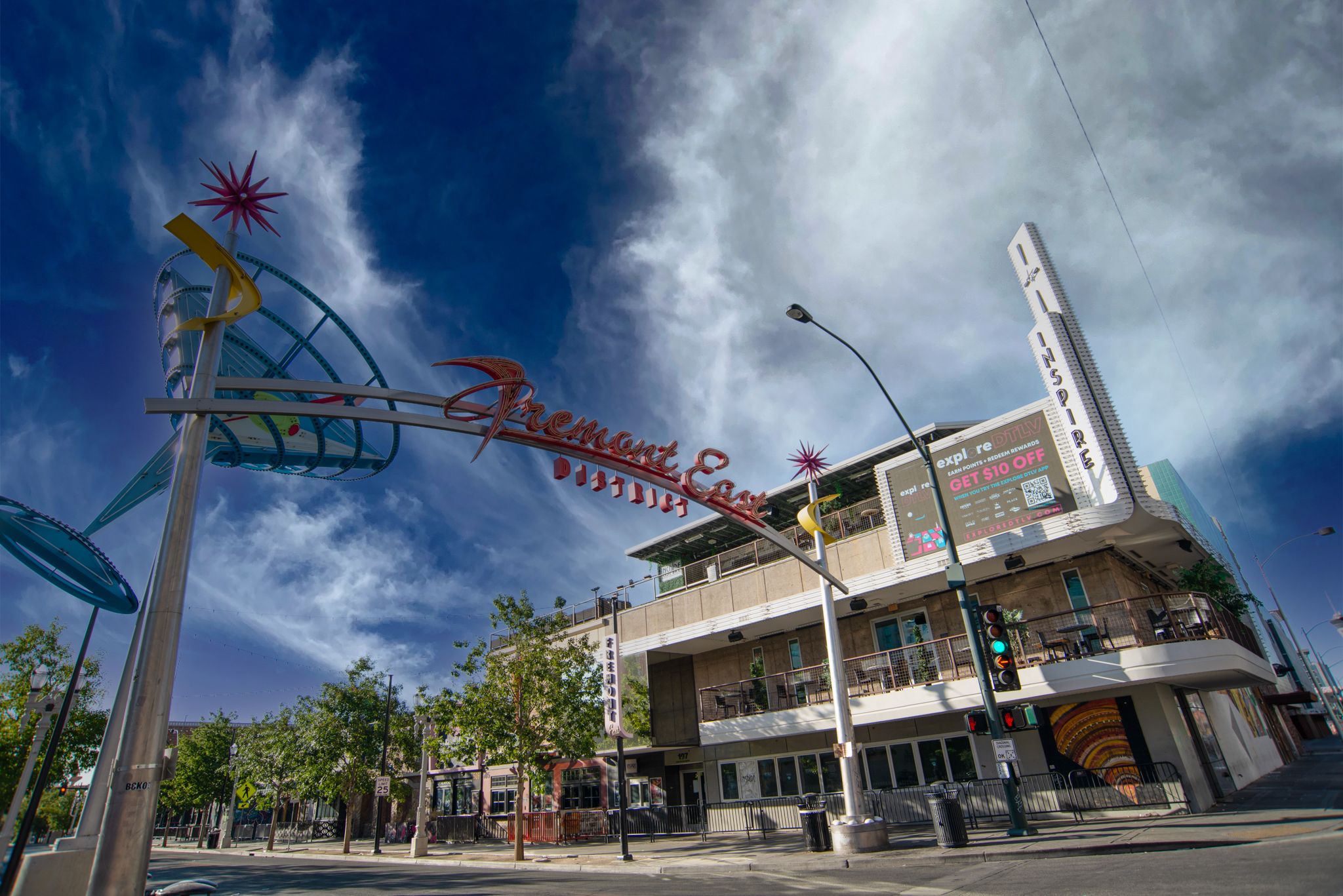 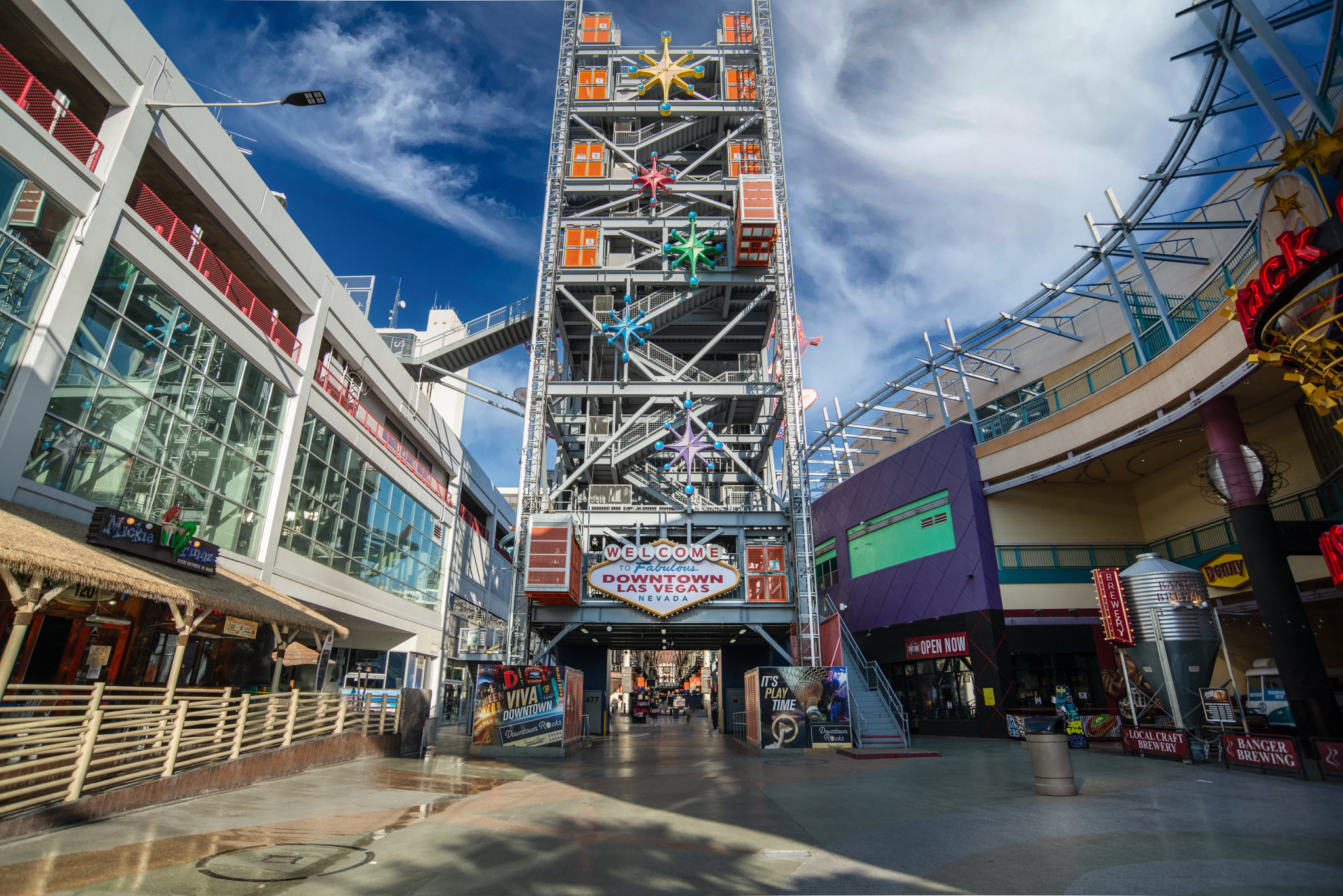 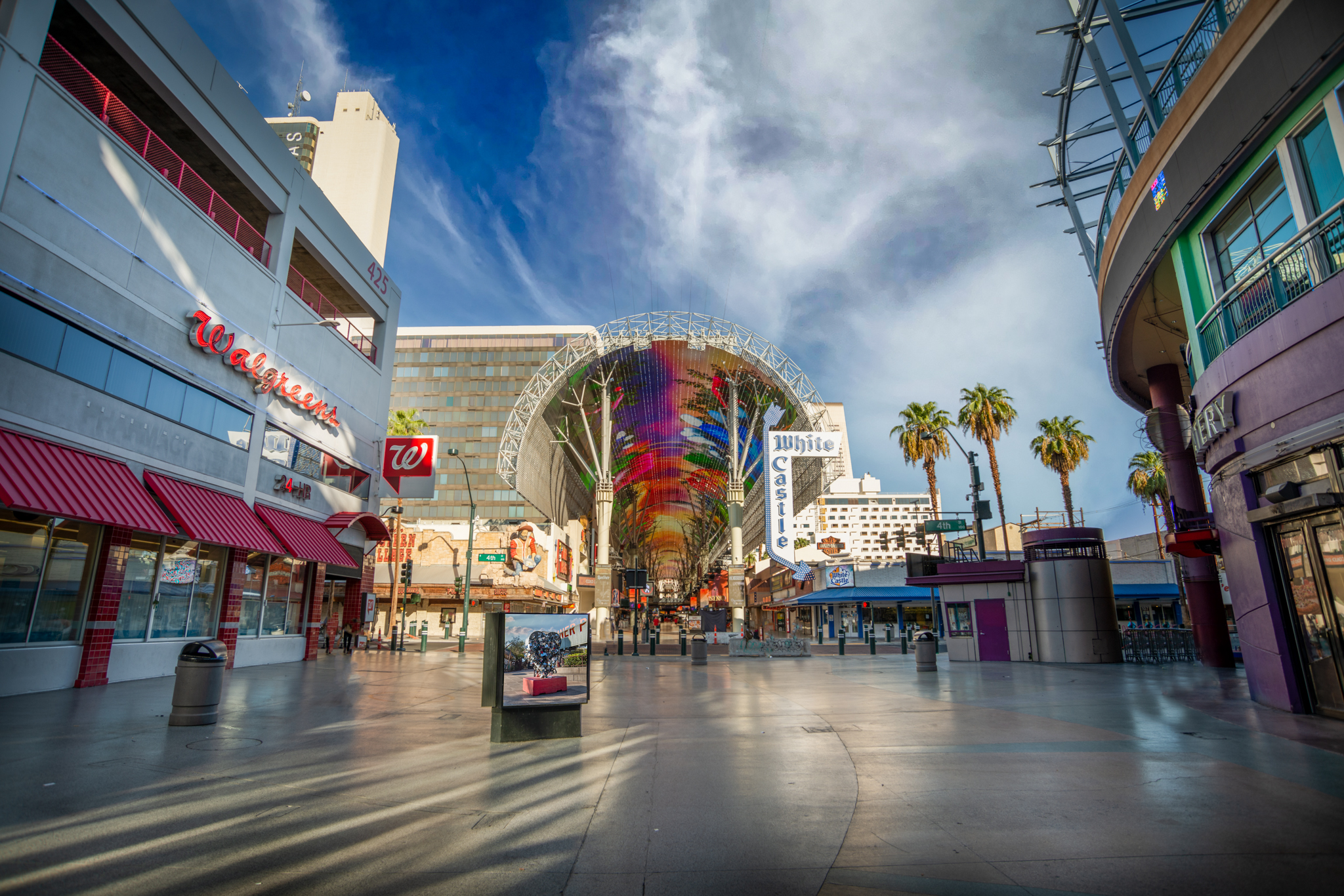 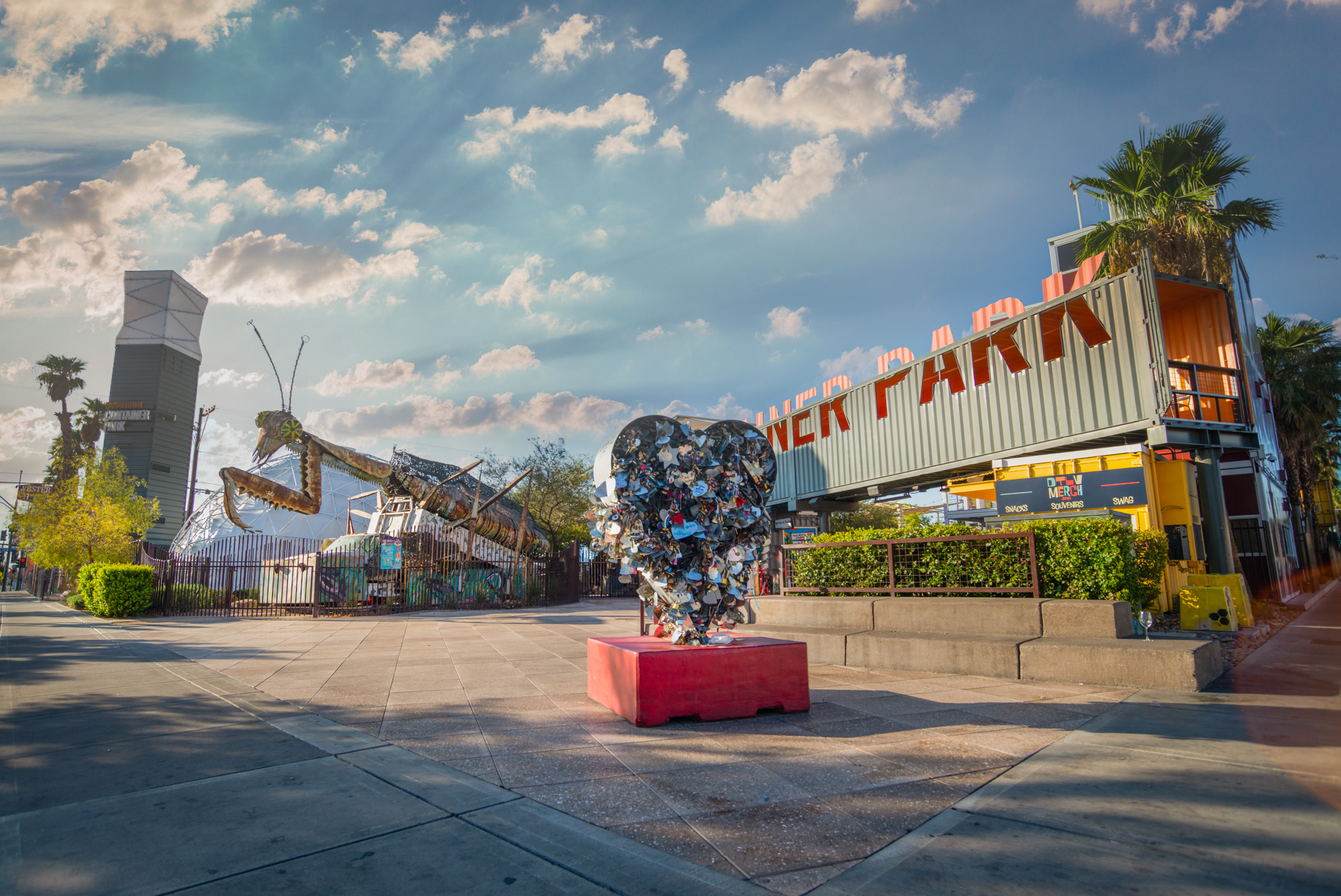 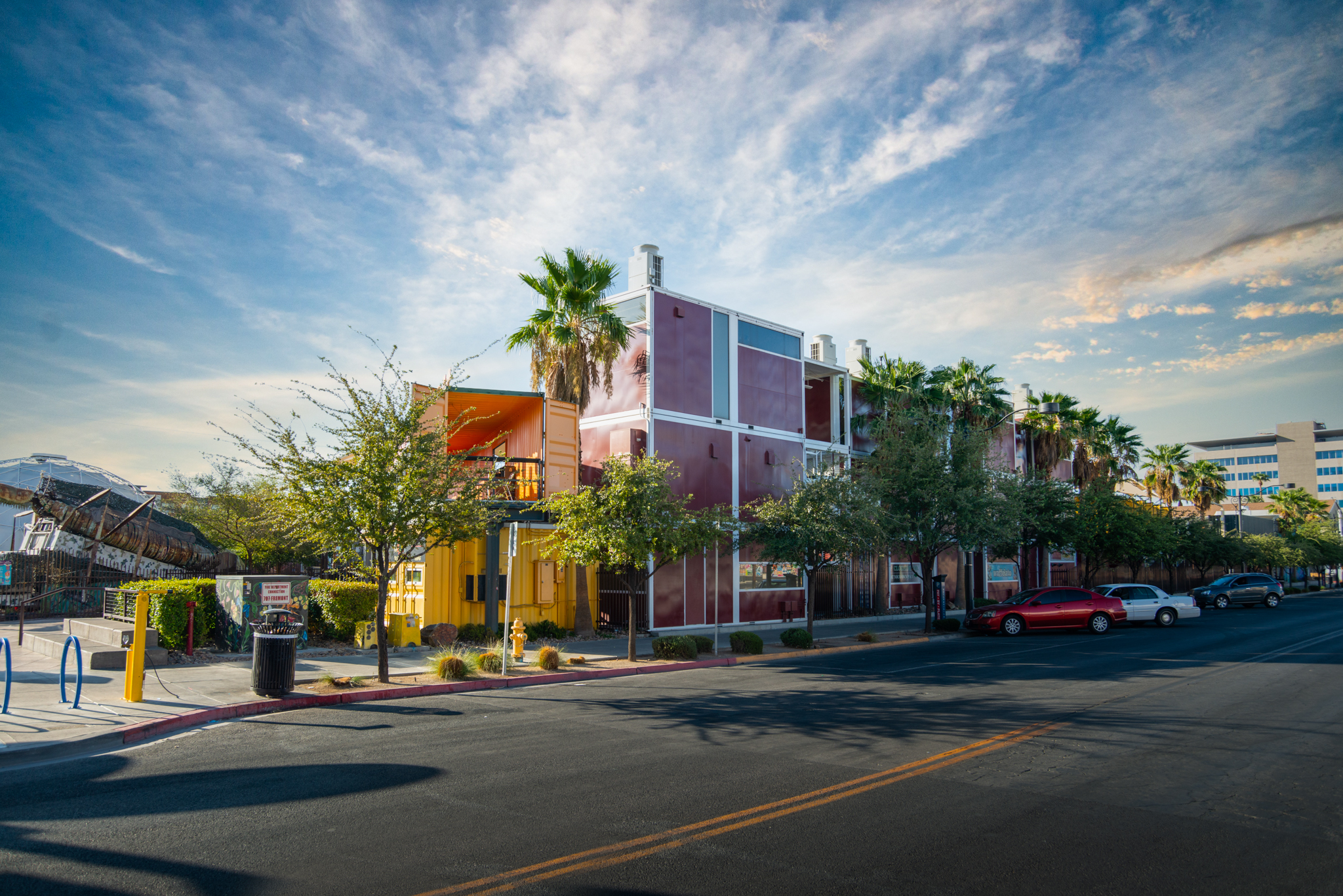 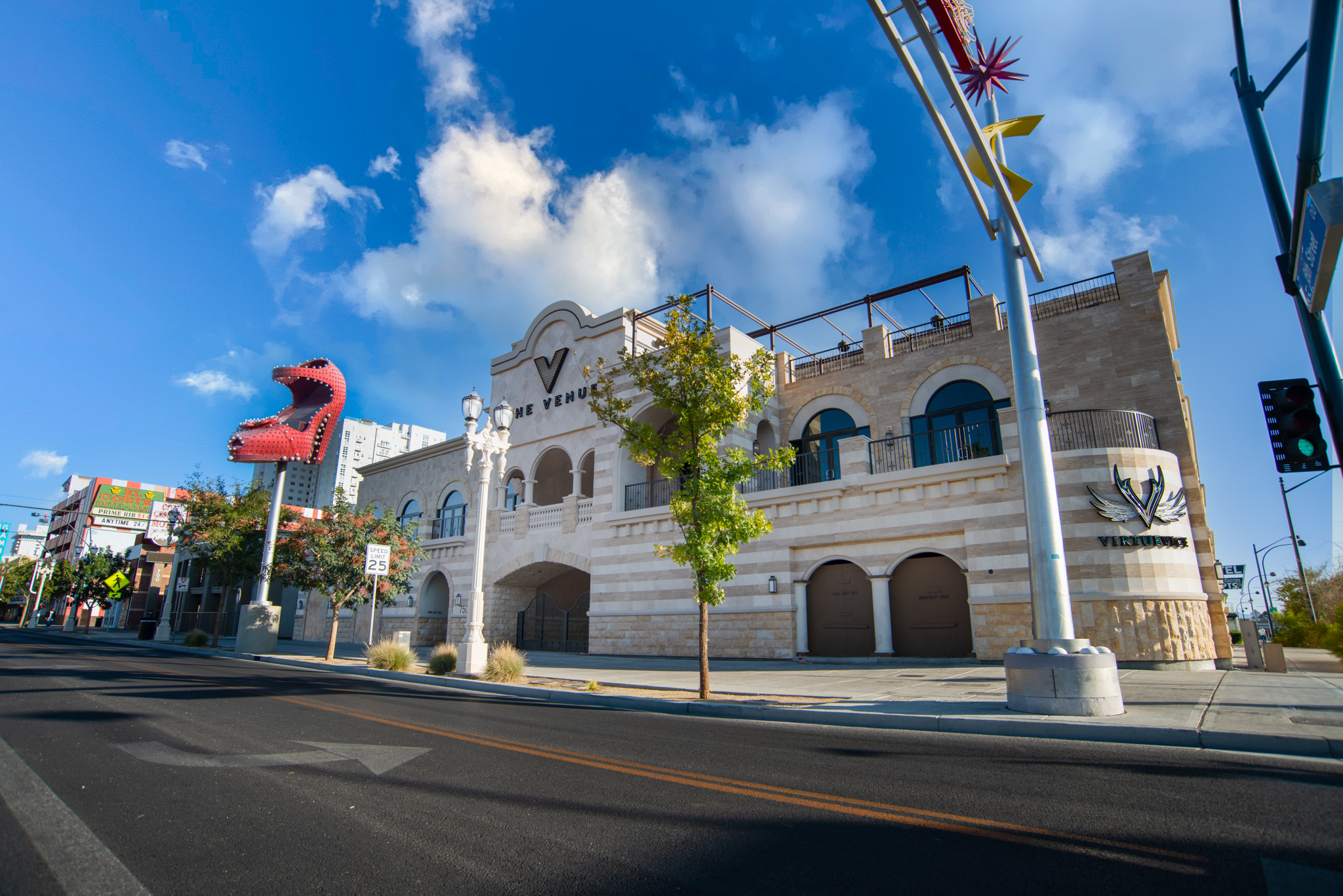 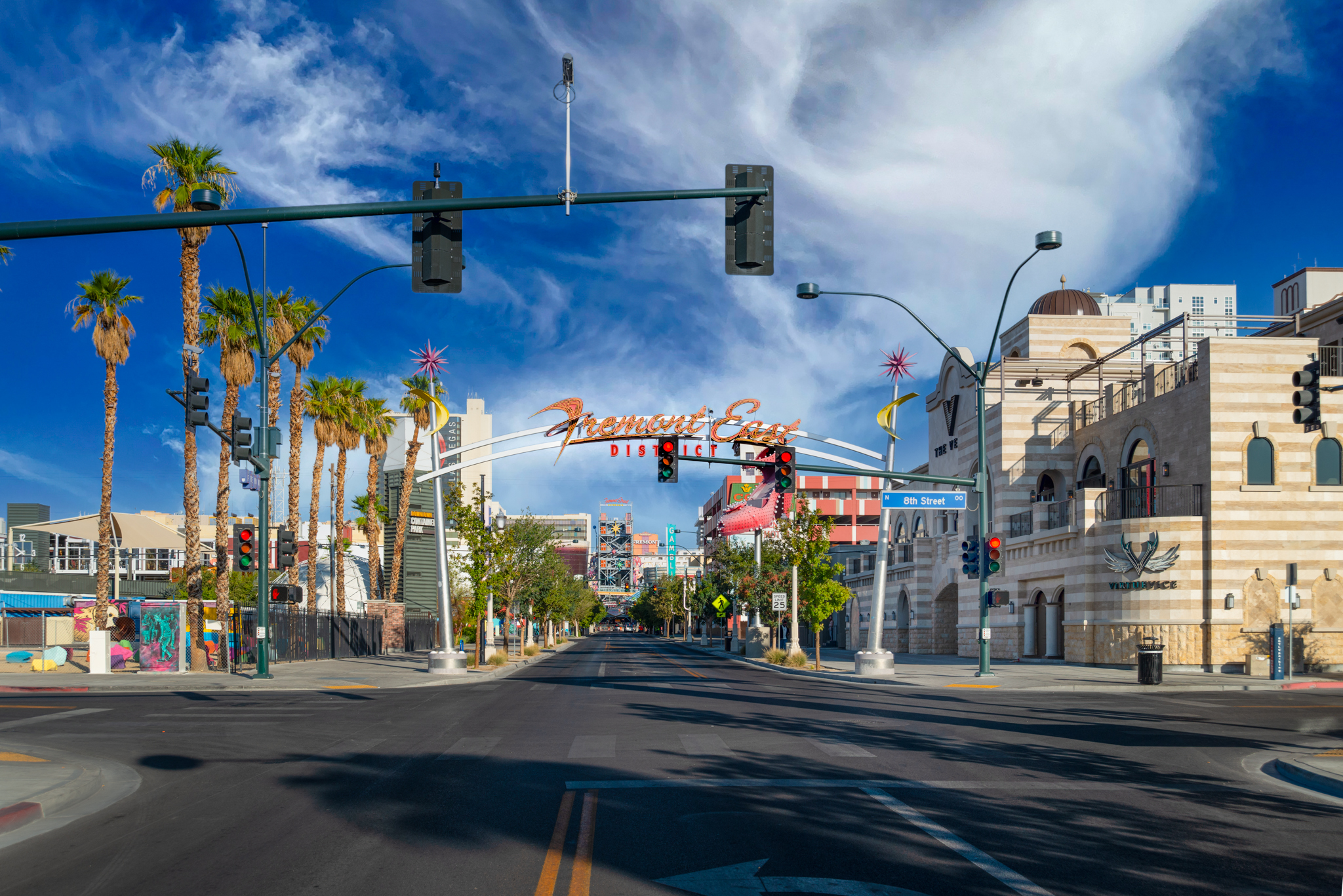 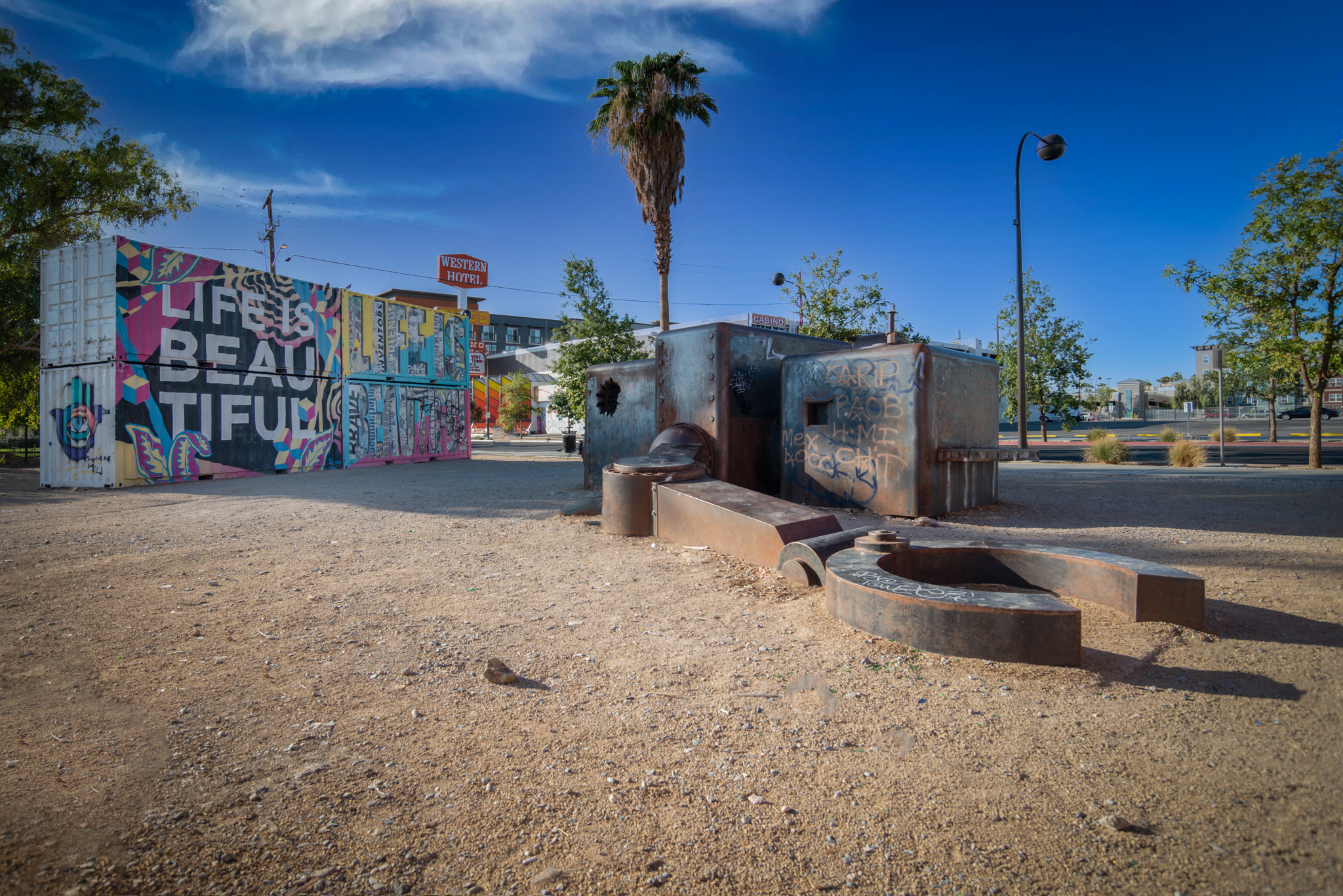 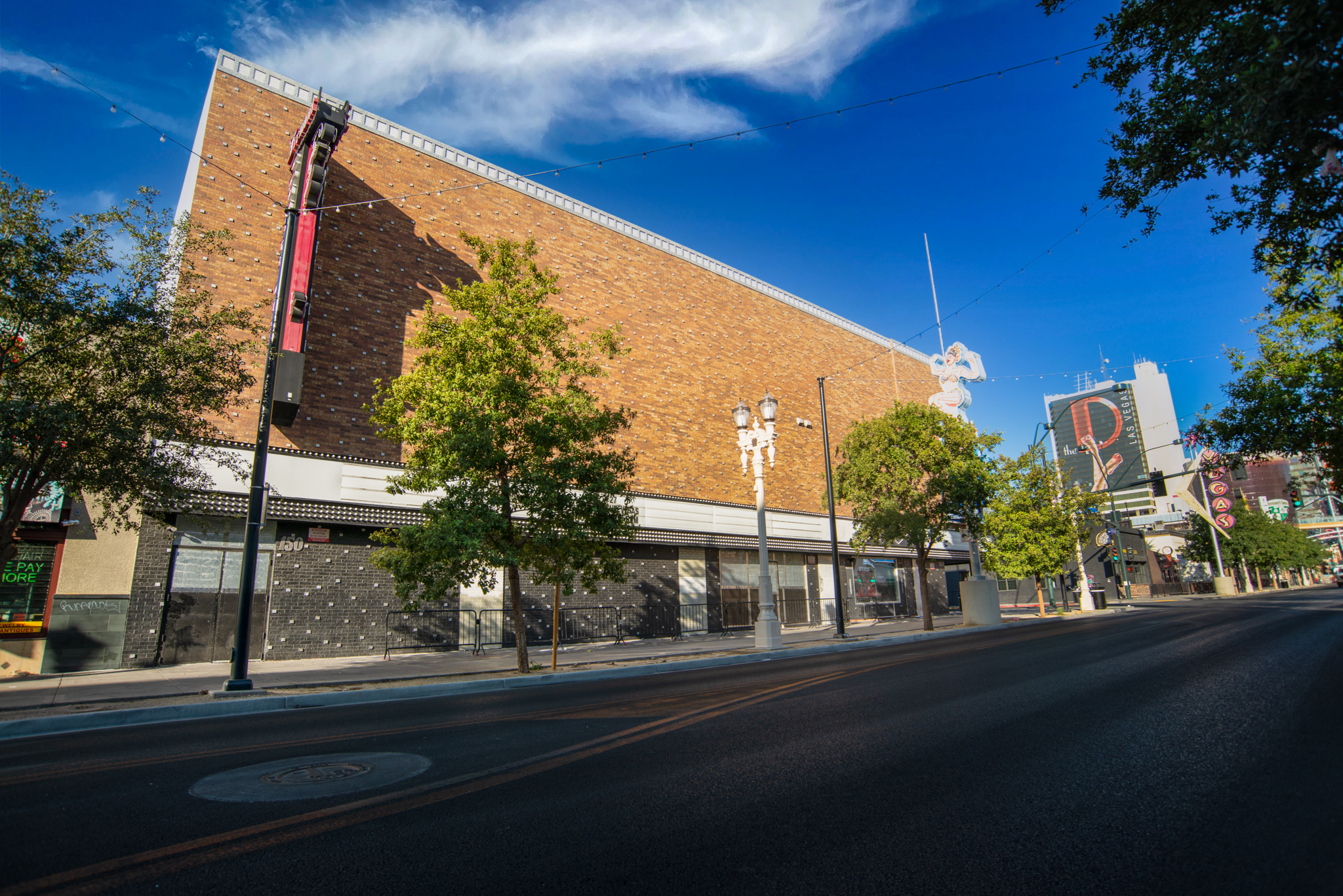 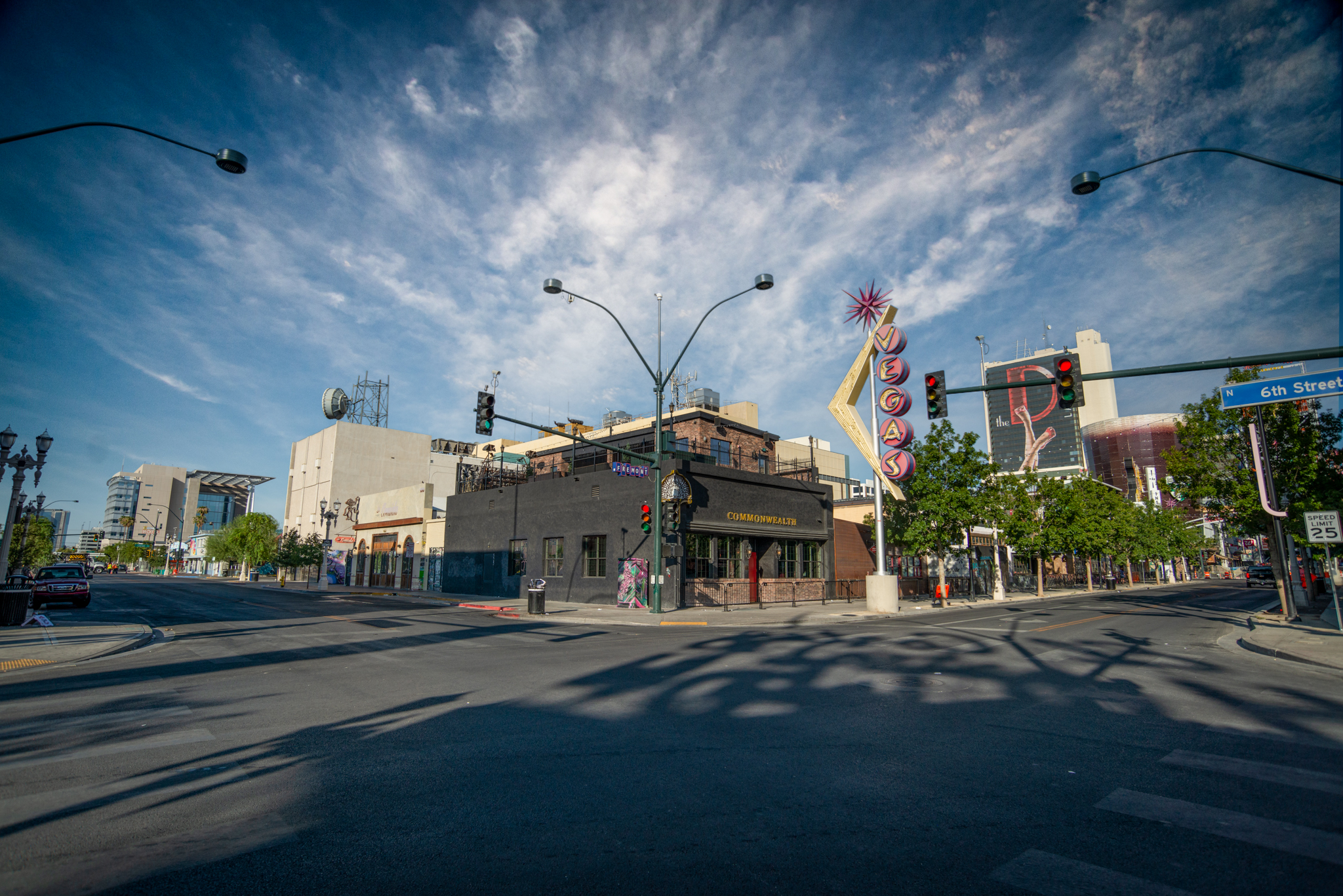 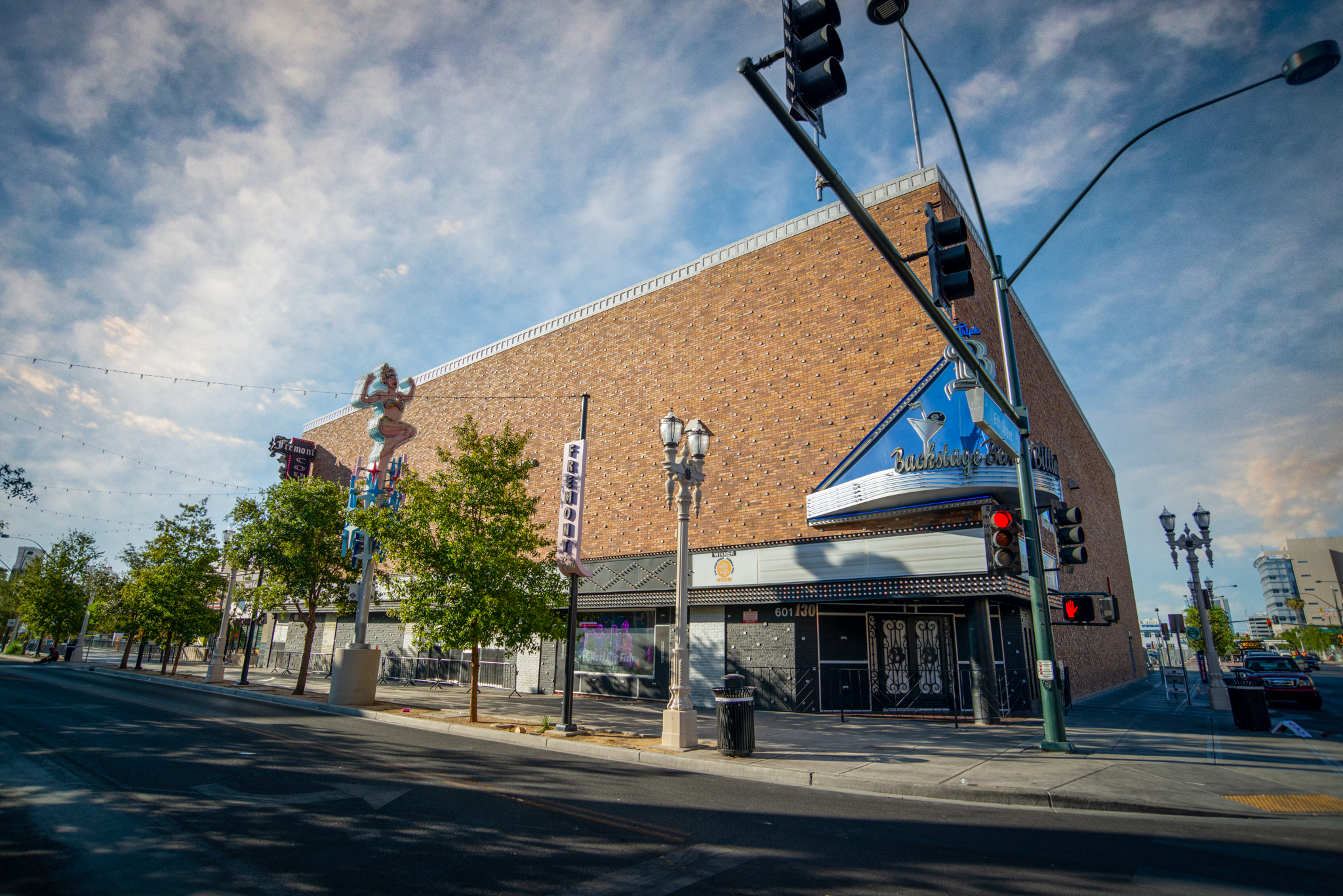 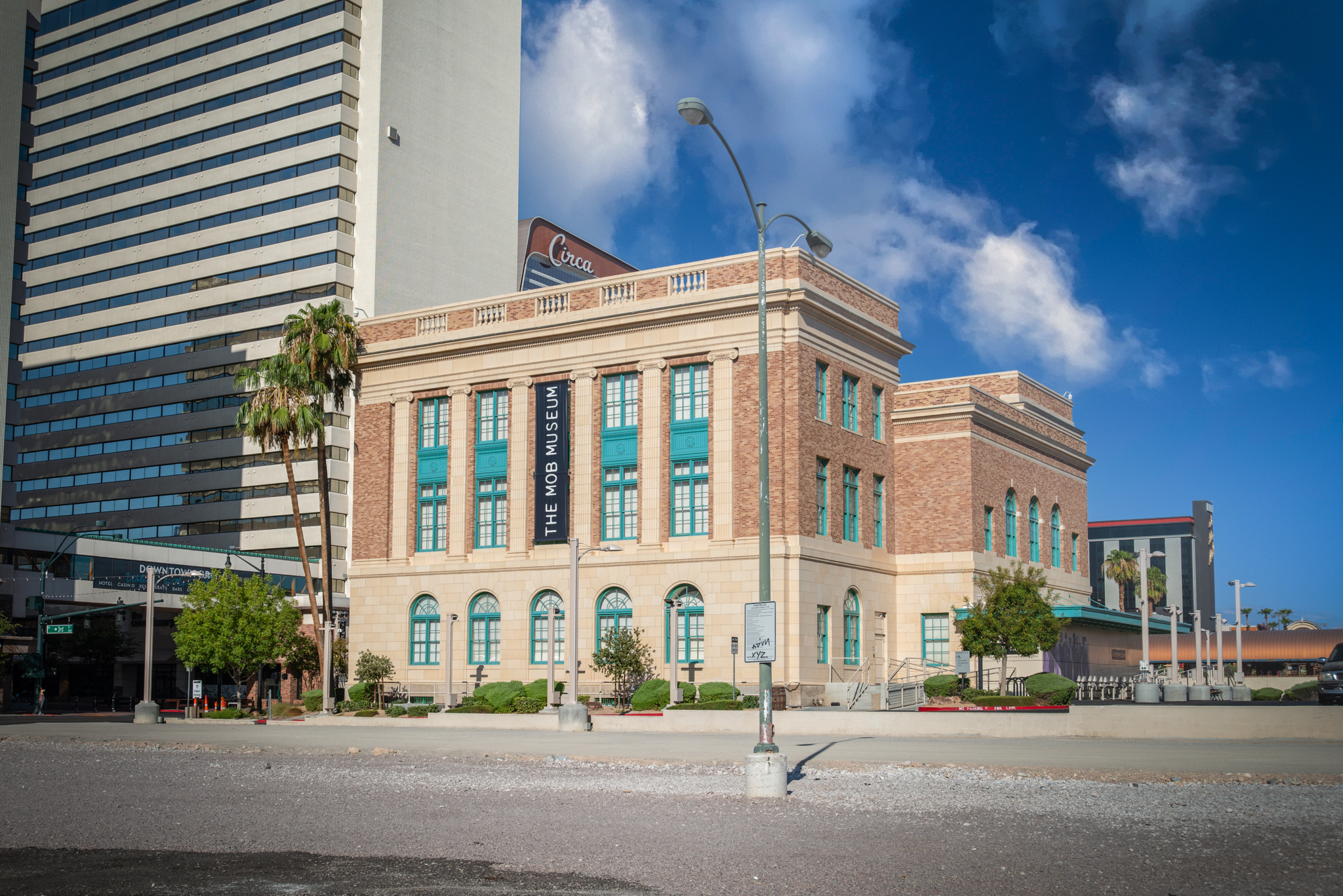 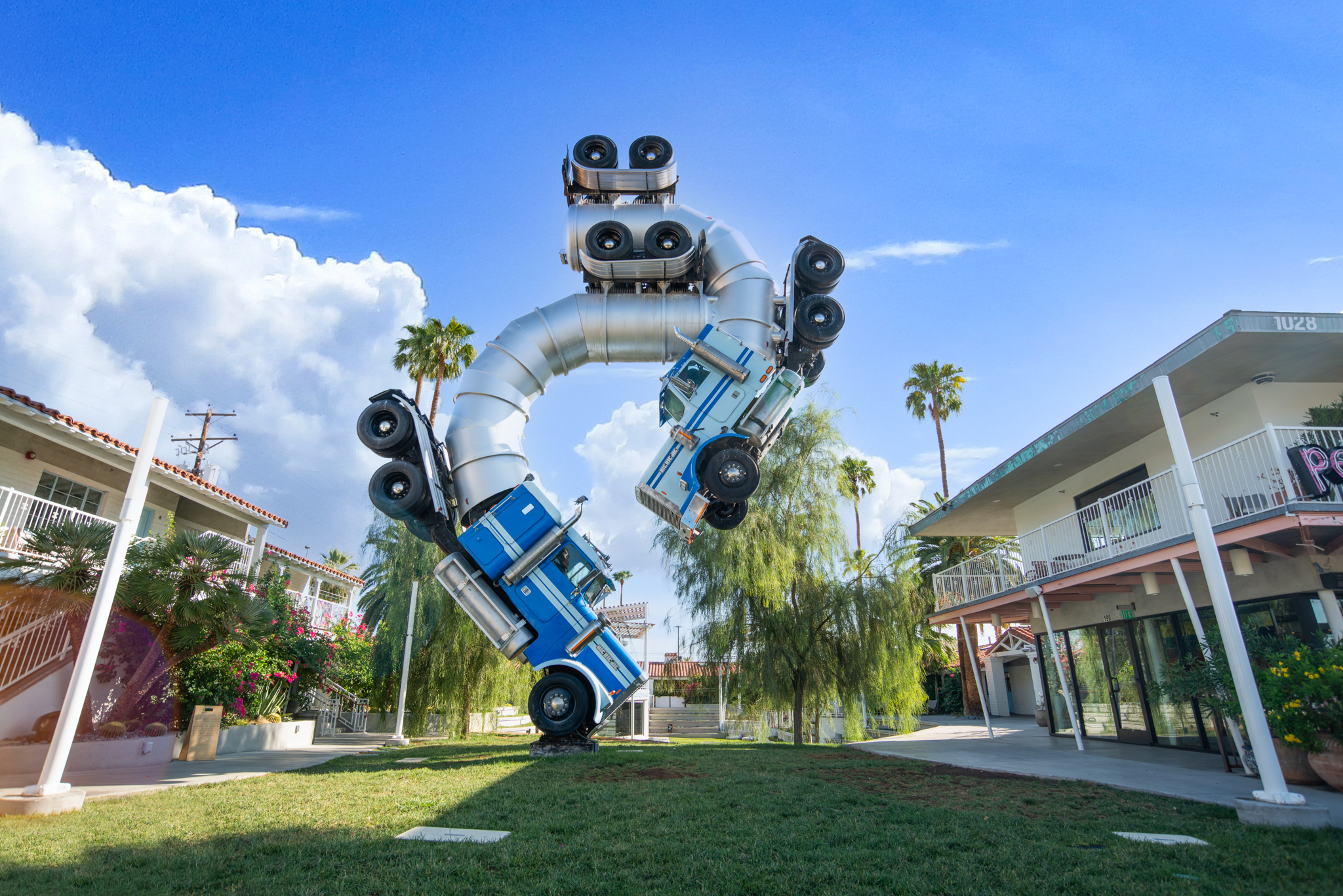 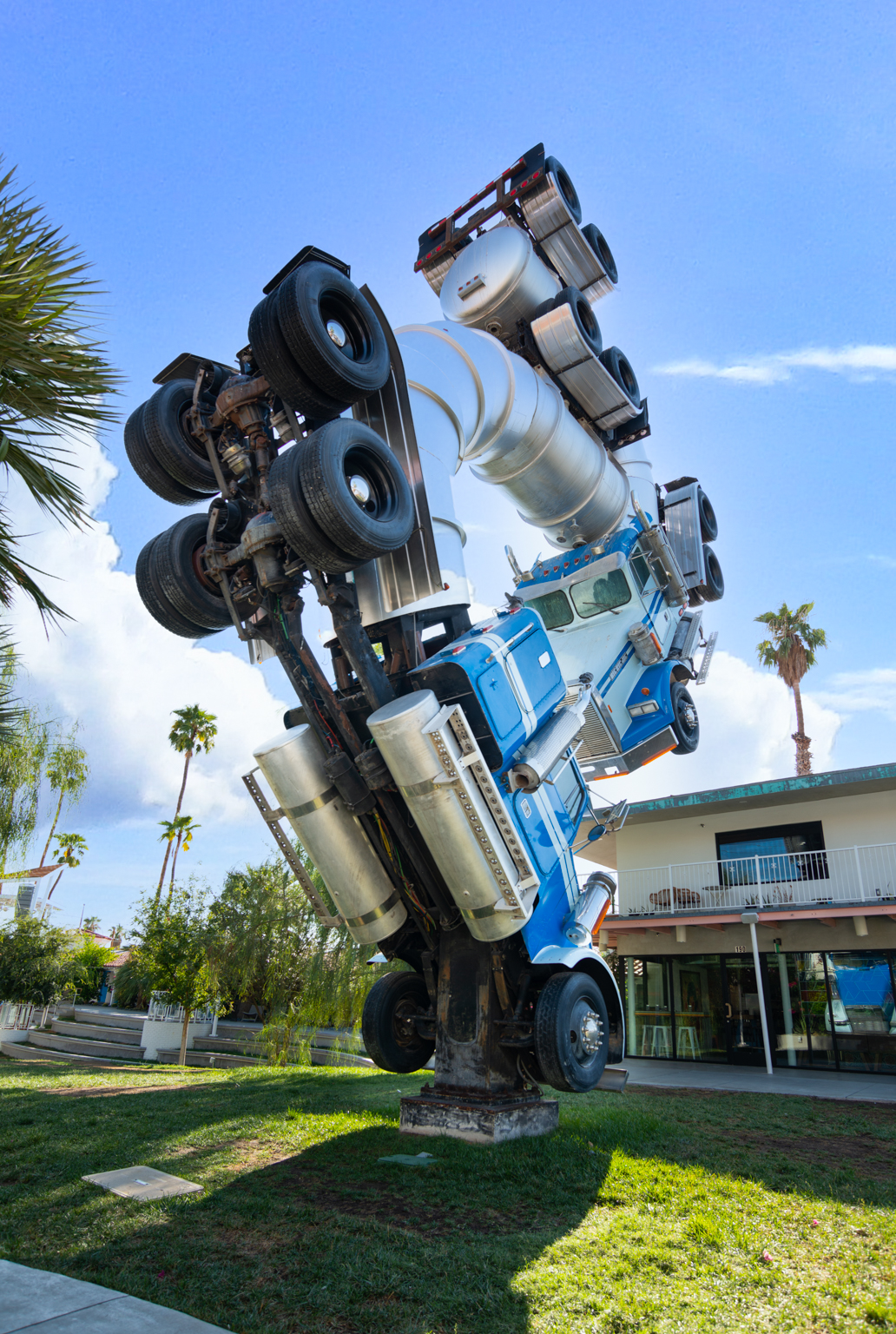 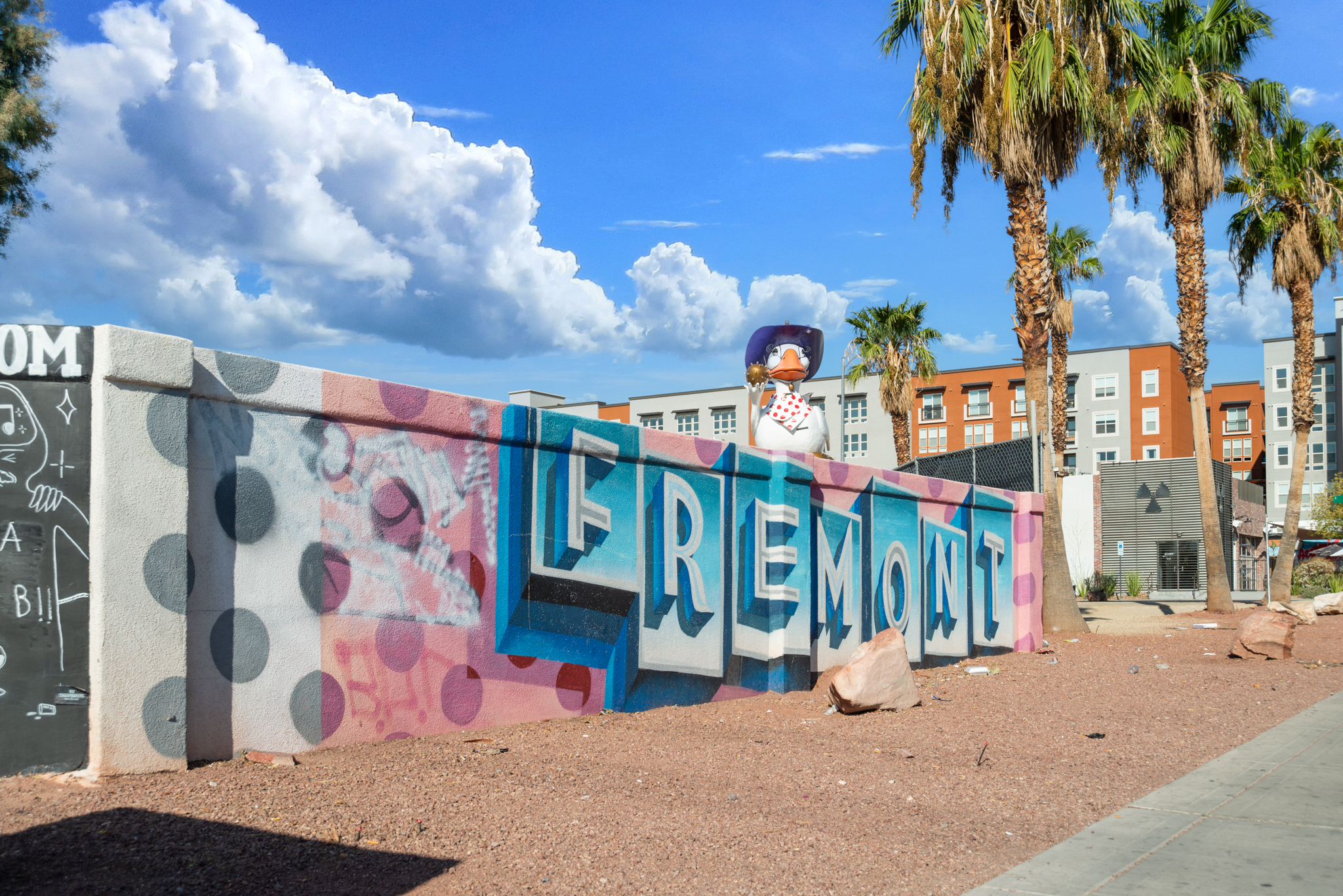 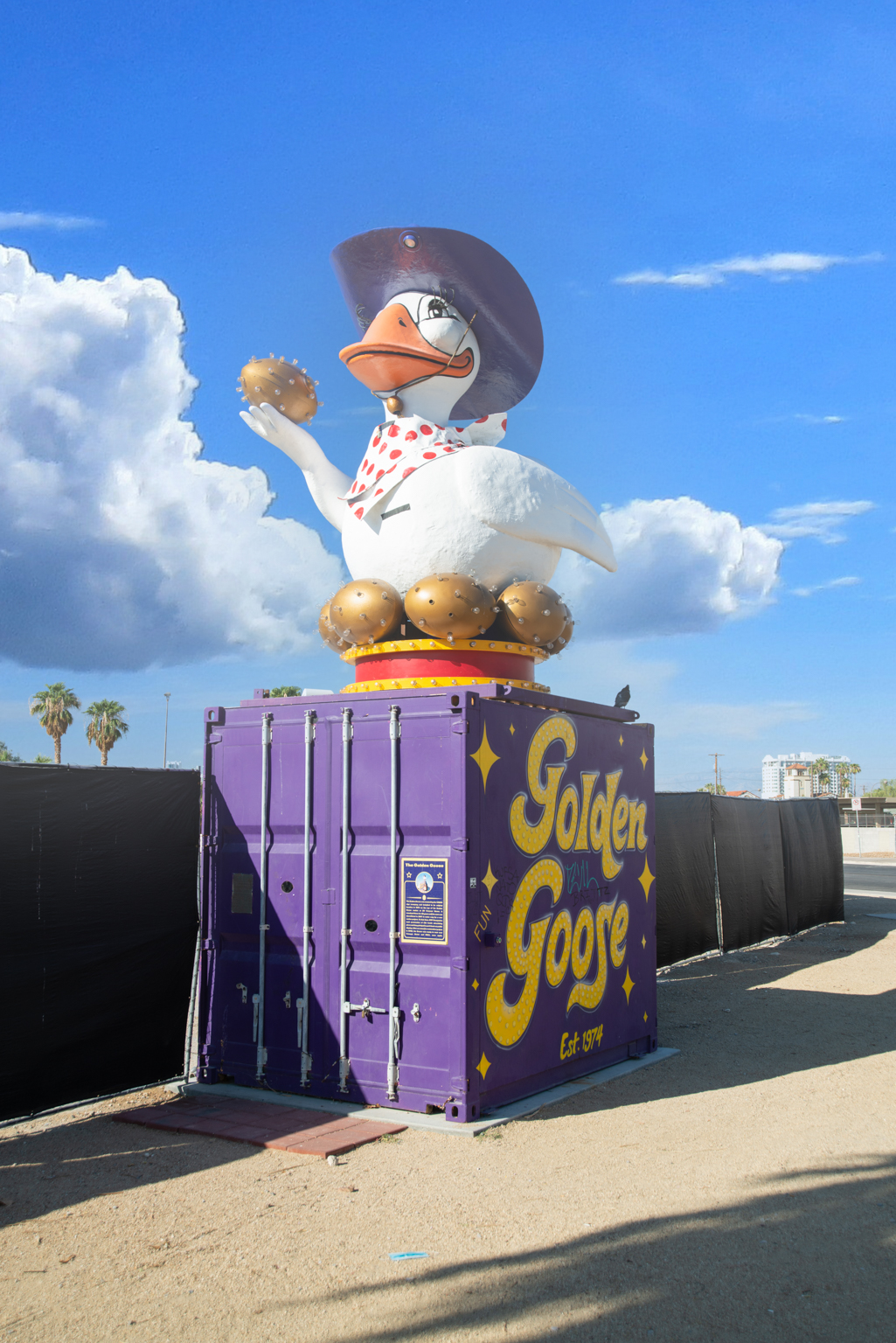 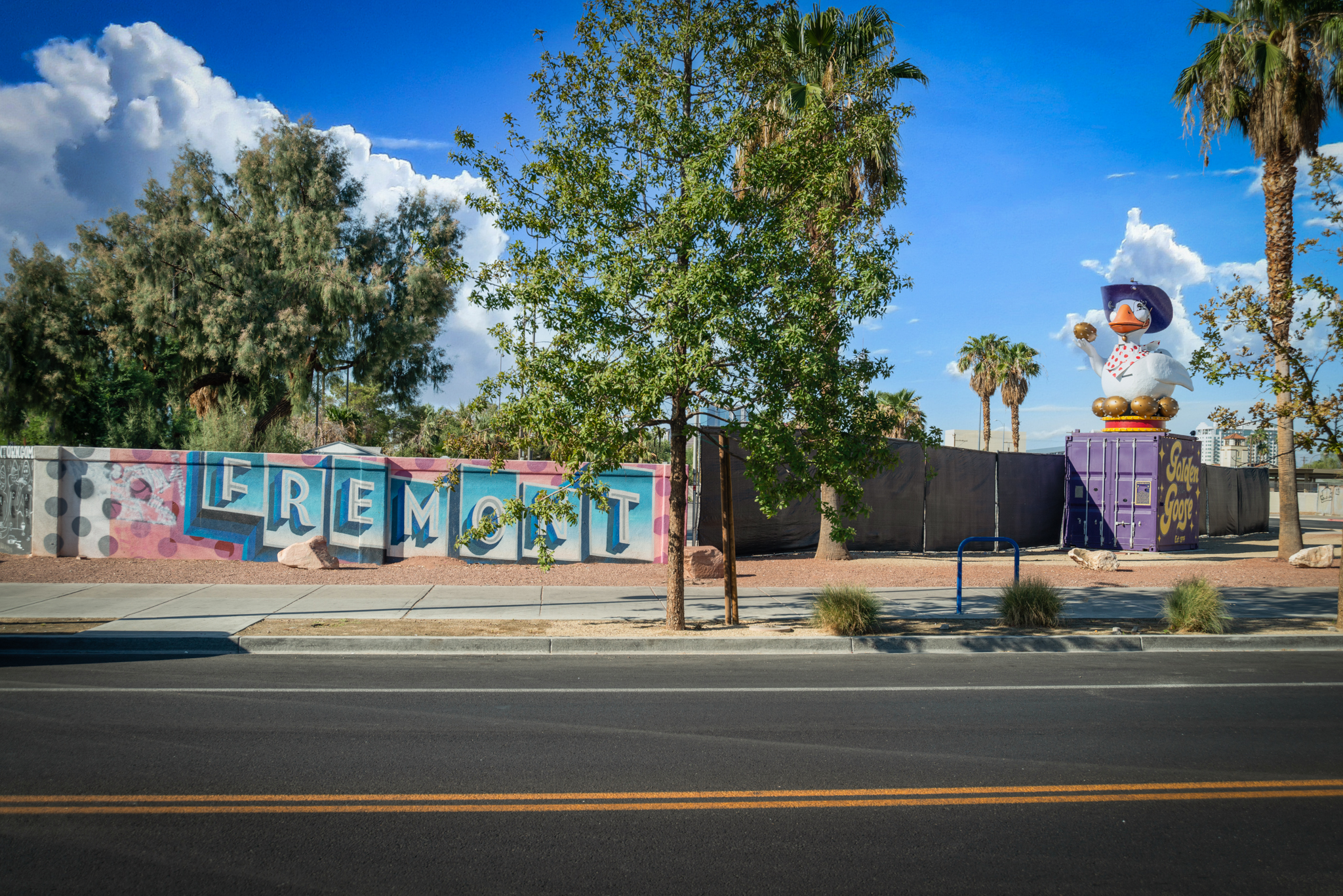 If you are a Downtown Las Vegas, NV home buyer, our foremost goal is to provide you with exceptional customer service. Our goals are to help you purchase the right home, make sure you don’t miss out on any homes that meet your needs, and make sure you don’t pay too much for your next home. Please utilize our Downtown Las Vegas, Nevada real estate expertise to make your home search and buying experience as stress free and rewarding for you and your family as possible.

If you're considering selling your Downtown Las Vegas, Nevada home, we utilize the latest, cutting-edge, real estate marketing tools to expose your property to the widest range of potential buyers. We are here to get your house aggressively marketed to sell as quickly as possible and for the best price! Our goals are to help you get your Downtown Las Vegas, NV home sold, put you in the strongest negotiating position as possible, and to make it easier for you and reduce surprises.