Freddie Mac (OTCQB: FMCC) today released the results of its Primary Mortgage Market Survey® (PMMS®), showing that the 30-year fixed-rate mortgage (FRM) averaged the lowest rate in our survey’s history which dates back to 1971.

“The average 30-year fixed-rate mortgage hit a record 3.29 percent this week, the lowest level in its nearly 50-year history. Meanwhile, mortgage applications increased 10 percent last week from one year ago and show no signs of slowing down,” said Sam Khater, Freddie Mac’s Chief Economist. “Given these strong indicators in rates and sales, as well as recent increases in new construction, it’s clear the housing market continues to be a positive force for the broader economy.” 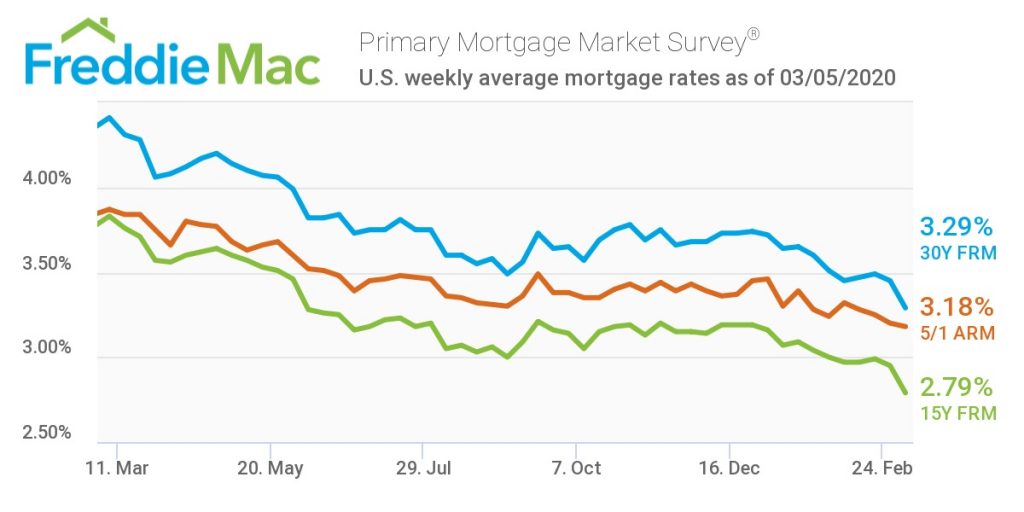 Average commitment rates should be reported along with average fees and points to reflect the total upfront cost of obtaining the mortgage. Visit the following link for the Definitions. Borrowers may still pay closing costs which are not included in the survey.

Freddie Mac makes home possible for millions of families and individuals by providing mortgage capital to lenders. Since our creation by Congress in 1970, we’ve made housing more accessible and affordable for homebuyers and renters in communities nationwide. We are building a better housing finance system for homebuyers, renters, lenders, investors and taxpayers. Learn more at FreddieMac.com, Twitter @FreddieMac and Freddie Mac’s blog FreddieMac.com/blog.