Shrek The Musical Coming to Henderson NV in 2018

Shrek The Musical Coming to Henderson NV in 2018

The Henderson Pavilion presents Shrek the Musical in March of 2018 on 4 nights, March 16, 17, 23 and 24. This is the link to buy tickets to the musical with an exlusive presale offer

Shrek The Musical is a musical with music by Jeanine Tesori and book and lyrics by David Lindsay-Abaire. It is based on the 2001 DreamWorks film Shrek and William Steig‘s 1990 book Shrek!. After a trial run in Seattle, the original Broadway production opened in December 2008 and closed after a run of over 12 months in January 2010. It was followed by a tour of the United States which opened in 2010, and a re-vamped West End production from June 2011 to February 2013. Since its debut, the musical’s rights have been available for independent theaters overseas, who have chosen to stage their own versions of the show, starting with the 2010 Israel production. 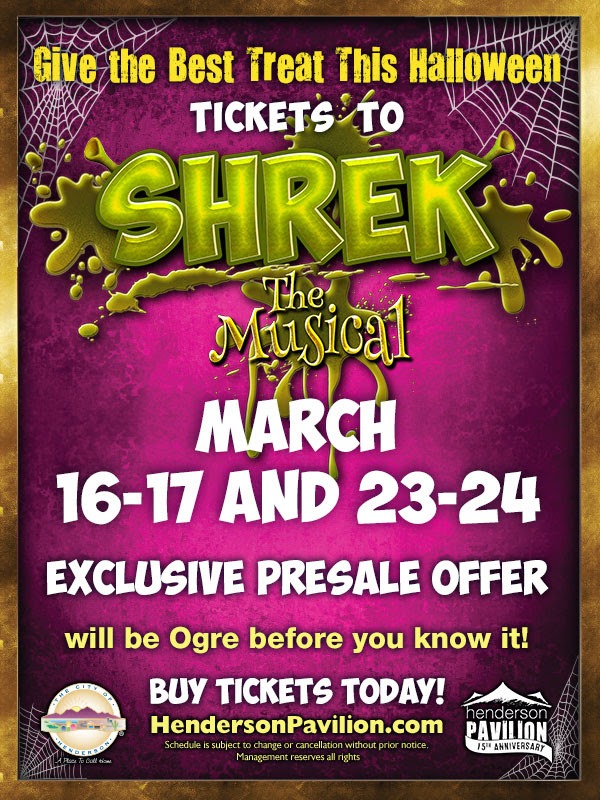