LOOKING AHEAD TO 2016 NEW HOMEBUILDING IN THE LAS VEGAS VALLEY

LOOKING AHEAD TO 2016 NEW HOMEBUILDING IN THE LAS VEGAS VALLEY

The new home market in 2015 was robust – with many new neighborhoods being developed and 2016 is forecasted to continue this trend. The growth of the housing market is a very good indication that the economy of Las Vegas has stabilized.

“The market’s gains come in part from economic recovery. At more than 3 percent, the Las Vegas Valley’s job growth is roughly double the national rate. The population is growing as well. Affluent baby boomers in particular are relocating with cash in hand to spend in the move-up housing market” stated Dennis Smith, president of Home Builders Research.

The city’s economic expansion is set to continue, at least in the near term: There’s roughly $9 billion in new building projects and renovations planned across the valley in the next three years, said Scott Russell, senior manager of research for the Las Vegas Convention and Visitors Authority.

The residential housing market is adding units in all prices ranges around the Las Vegas Valley in master-planned communities such as Inspirada and Providence. High end neighborhoods such as Ascaya and The Summit Club are moving forward with luxury homes and construction on amenities that will take us into 2017.

The master-planned community of Summerlin has already started on developing the new village – The Cliffs – the first new village in Summerlin in twelve years.

GLVAR reported the median price of existing single-family homes sold in Southern Nevada through its Multiple Listing Service during October was $220,000. “That’s the same median home price we reported in August and the same price we reported in September. You can’t get much more stable than that” stated Keith Lynam, 2015 president of GLVAR.

While local home prices have been remarkably steady in recent months, Lynam said “homeowners are still enjoying some annual appreciation.” Compared to one year ago, GLVAR said the median local home price during October was up 10.1 percent from $199,900 one year ago. Meanwhile, the median price of local condominiums and townhomes, including high-rise condos, sold in October was $105,000. That was up 6.1 percent from $99,000 one year ago. Lynam said local home sales in 2015 remain ahead of last year’s sales pace. 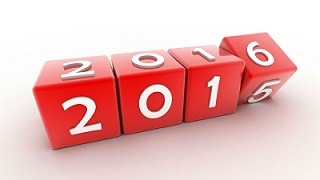 All in all the housing market in the valley is looking good and moving forward towards a bright 2016 and beyond.

Wishing everyone a healthy, happy and joyous holiday!

I am an Industry Expert in both New and Resale community. If you have any questions or want to see more of my community and industry blogs, please visit newdulcie.agentreputation.net. For any other questions you may have, do not hesitate to call anytime at 702.505.2775 or via email dulciecrawford@gmail.com