Sun City Anthem’s most magnificent residence, Gold Key Anthem, on 1/2 of an acre with a 10 hole putting course. Beautiful 50 foot infinity swimming pool and spa with a 180 degree view of the valley overlooking 4 holes of the Revere Golf Course with mountain views.

Casita that can be used for a wine room or exercise room. New tile floors with new stainless and a solar pool. 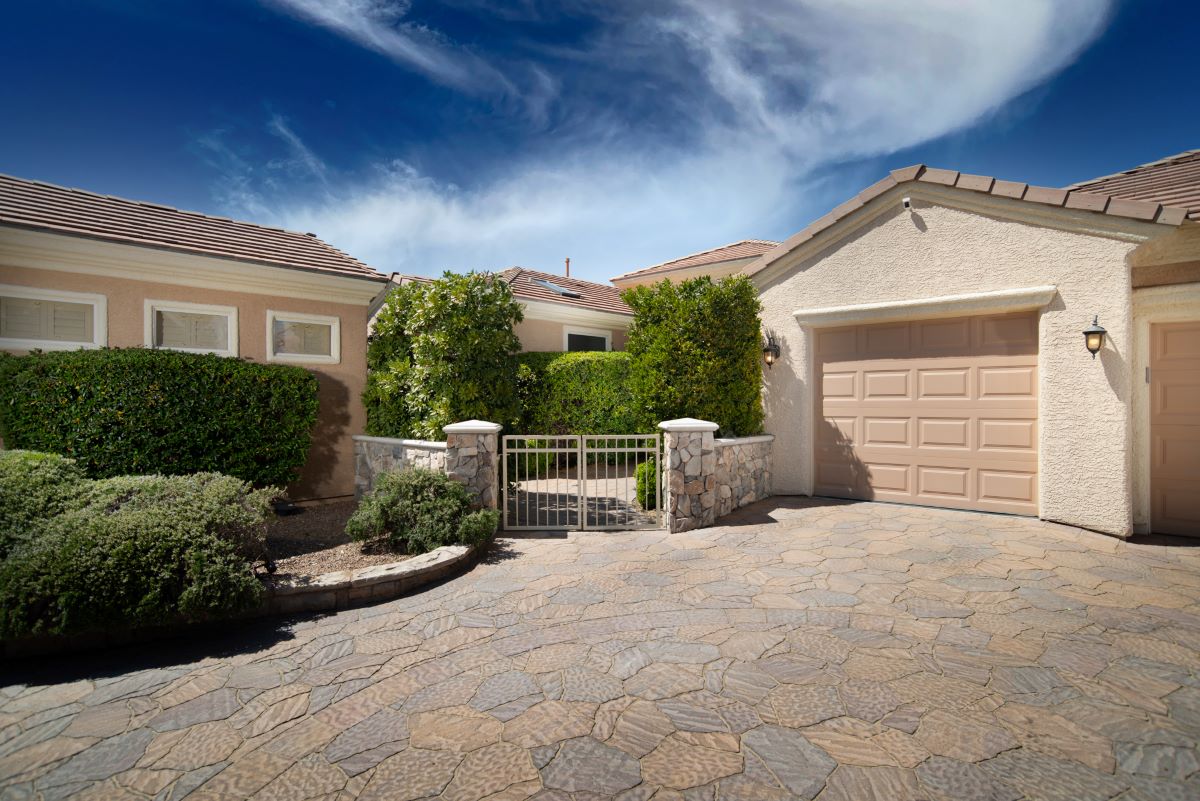 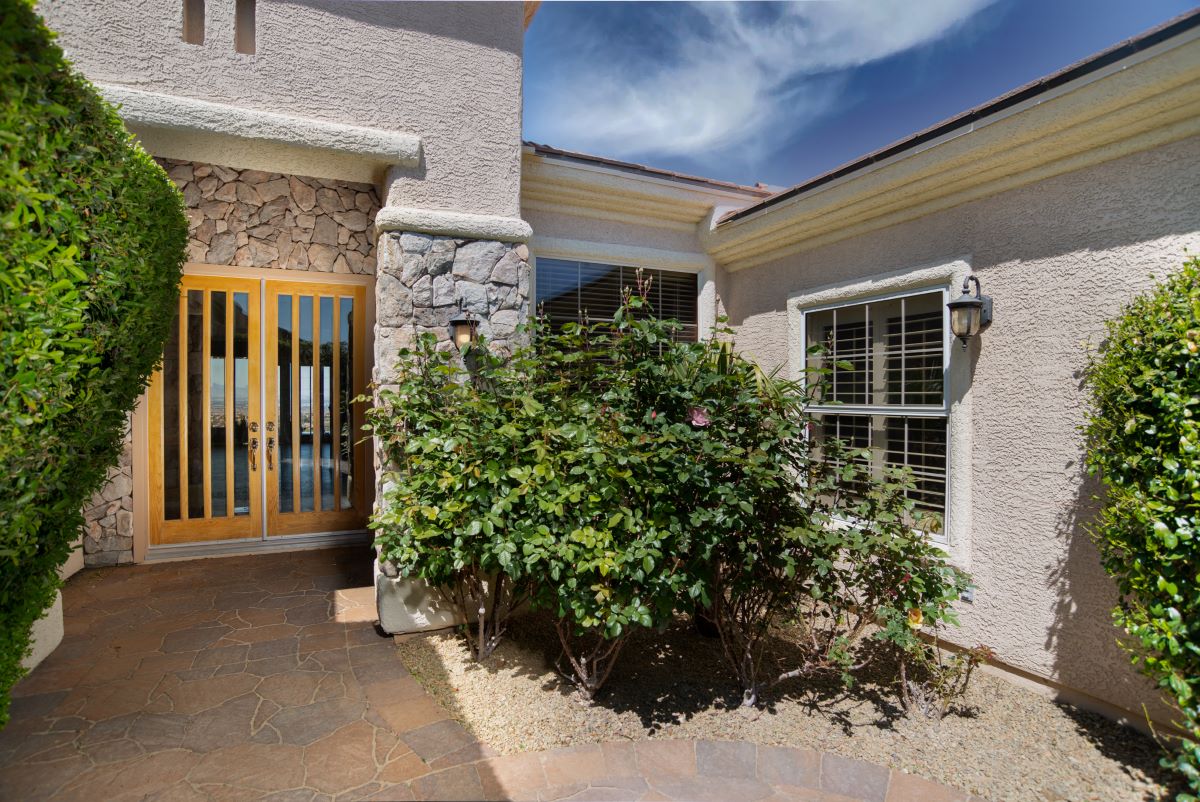 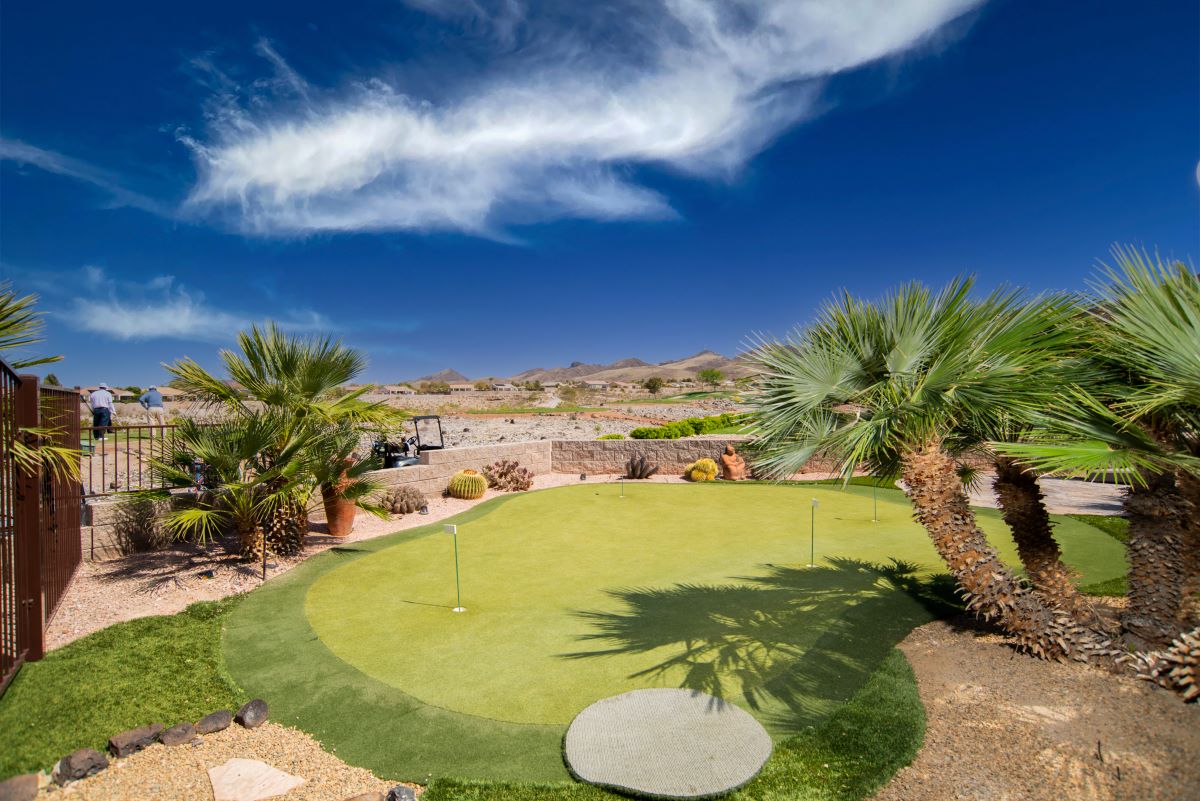 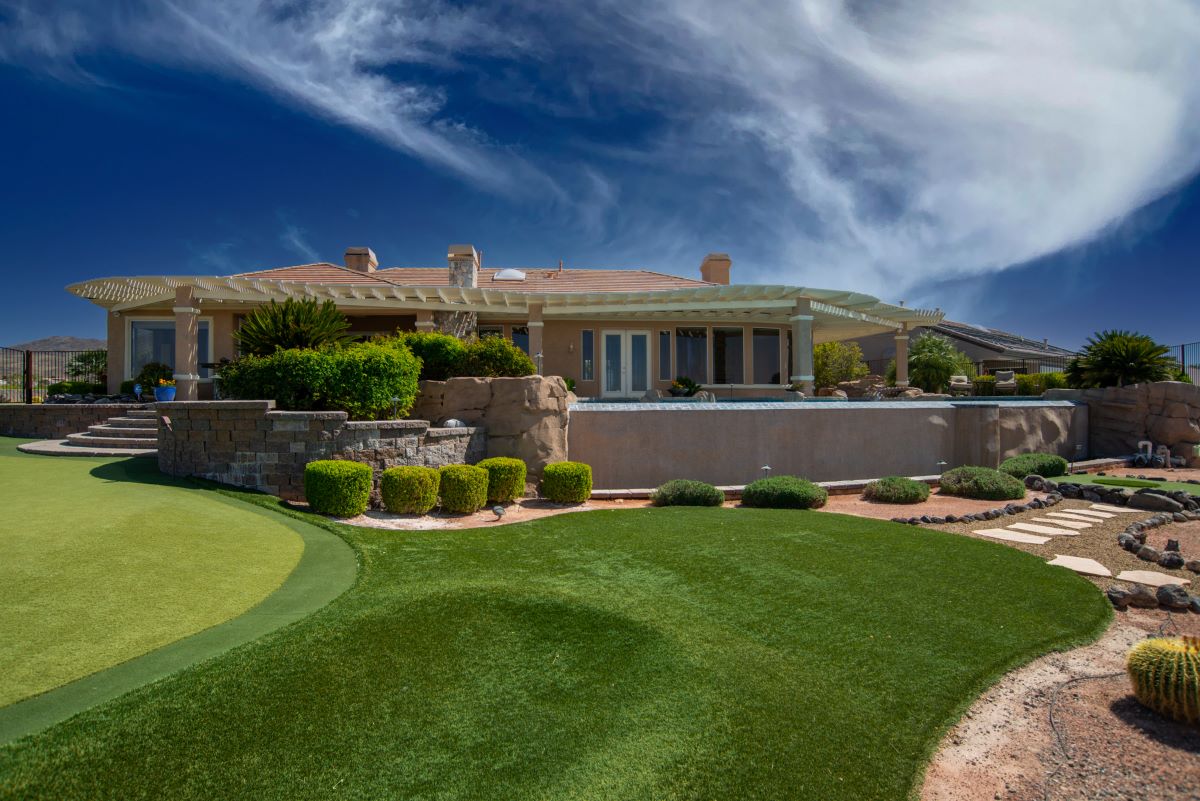 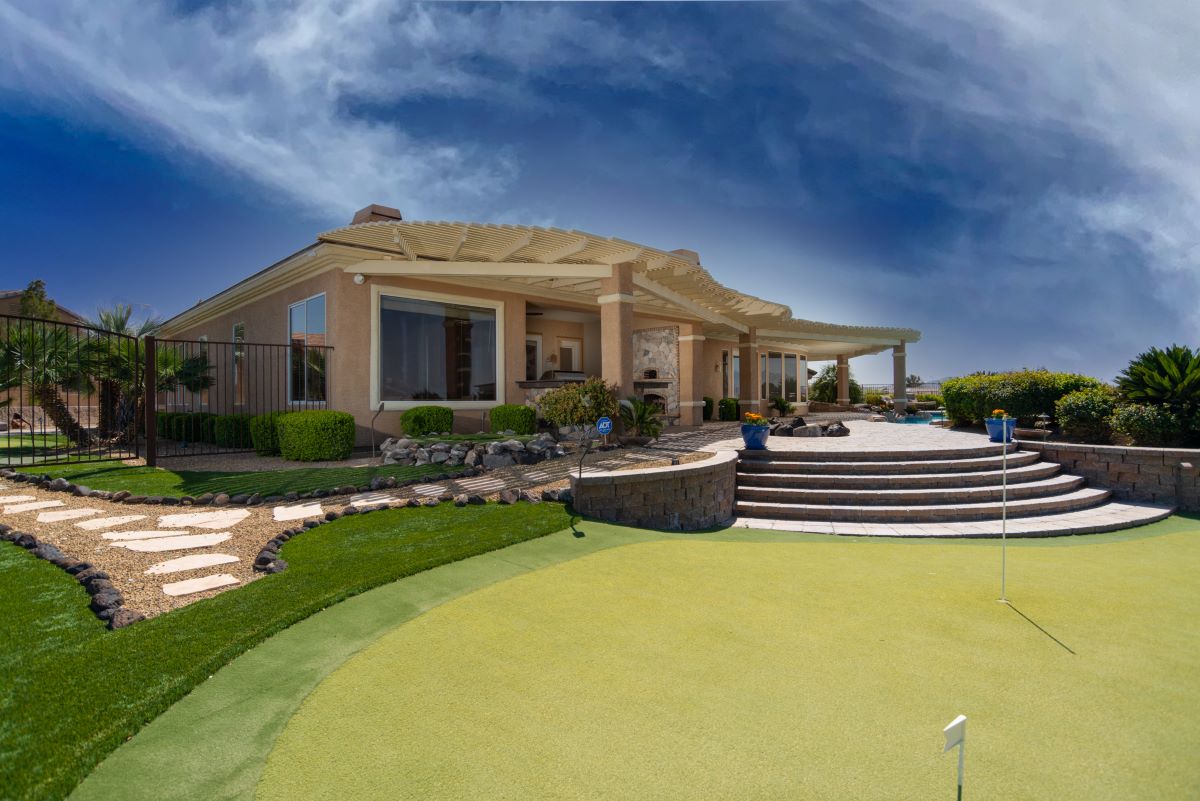 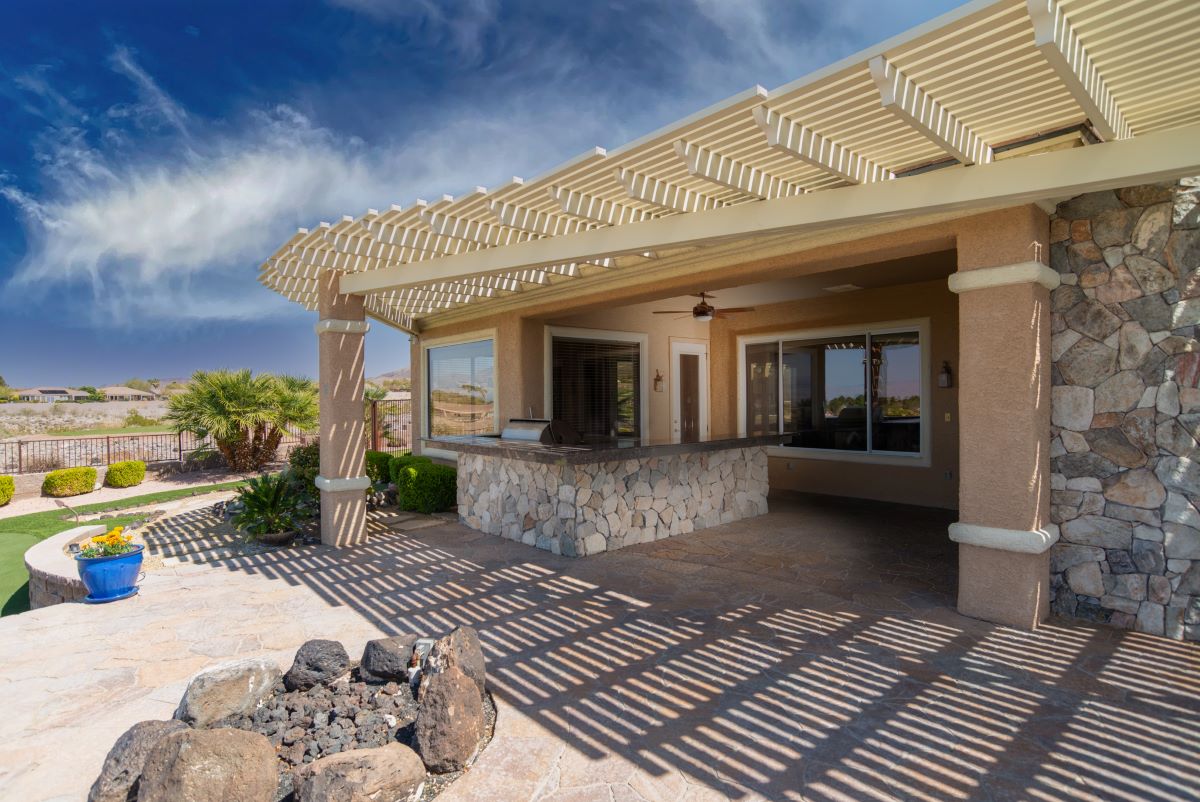 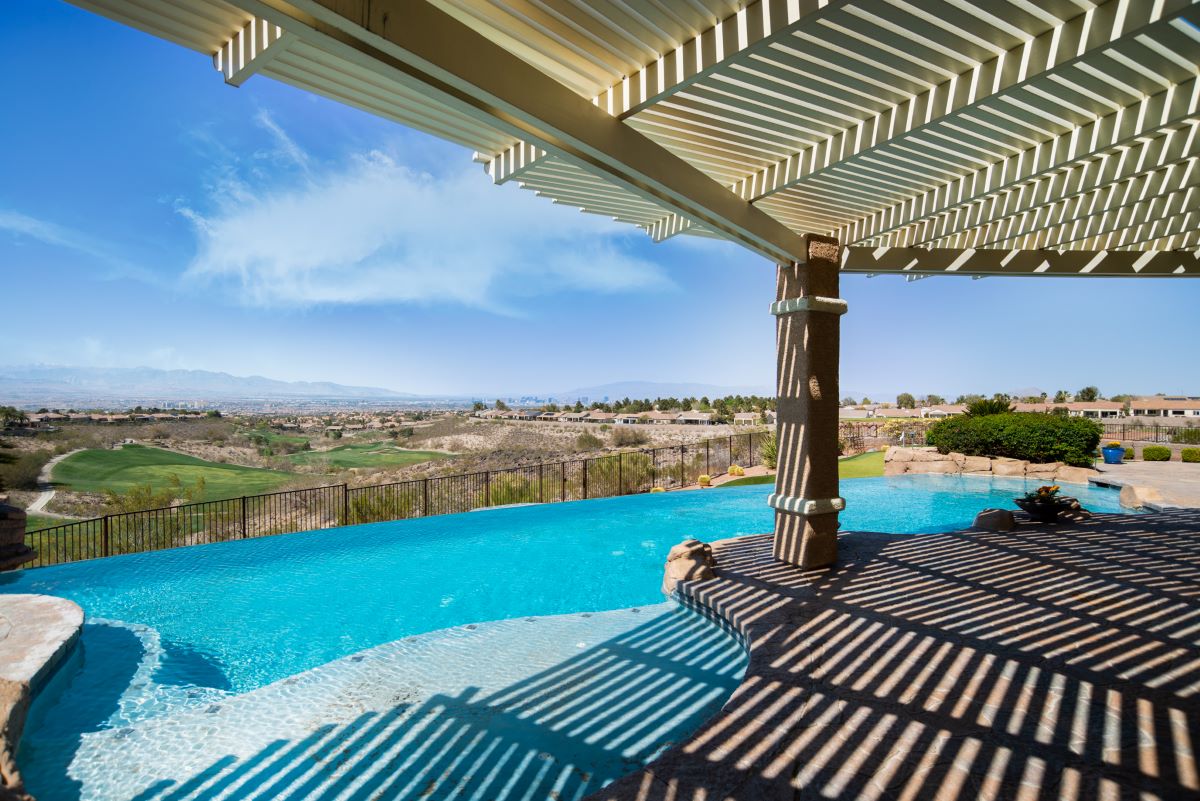 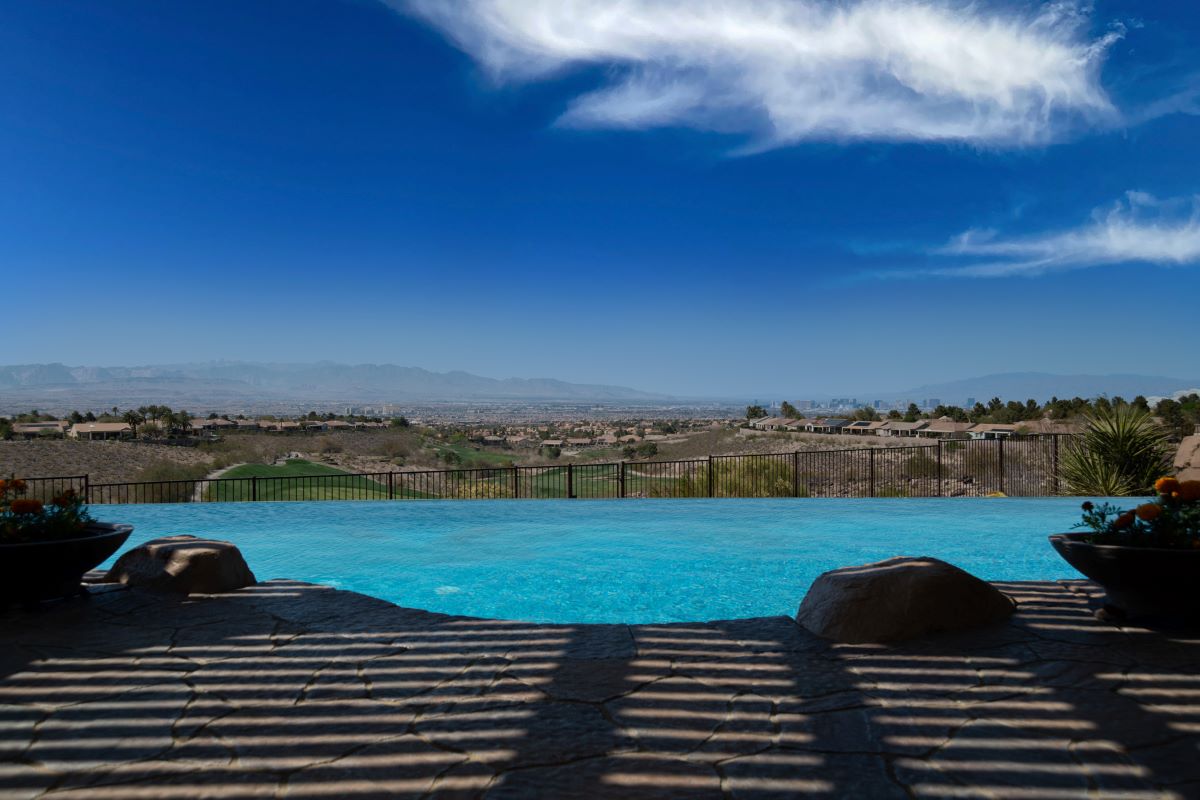 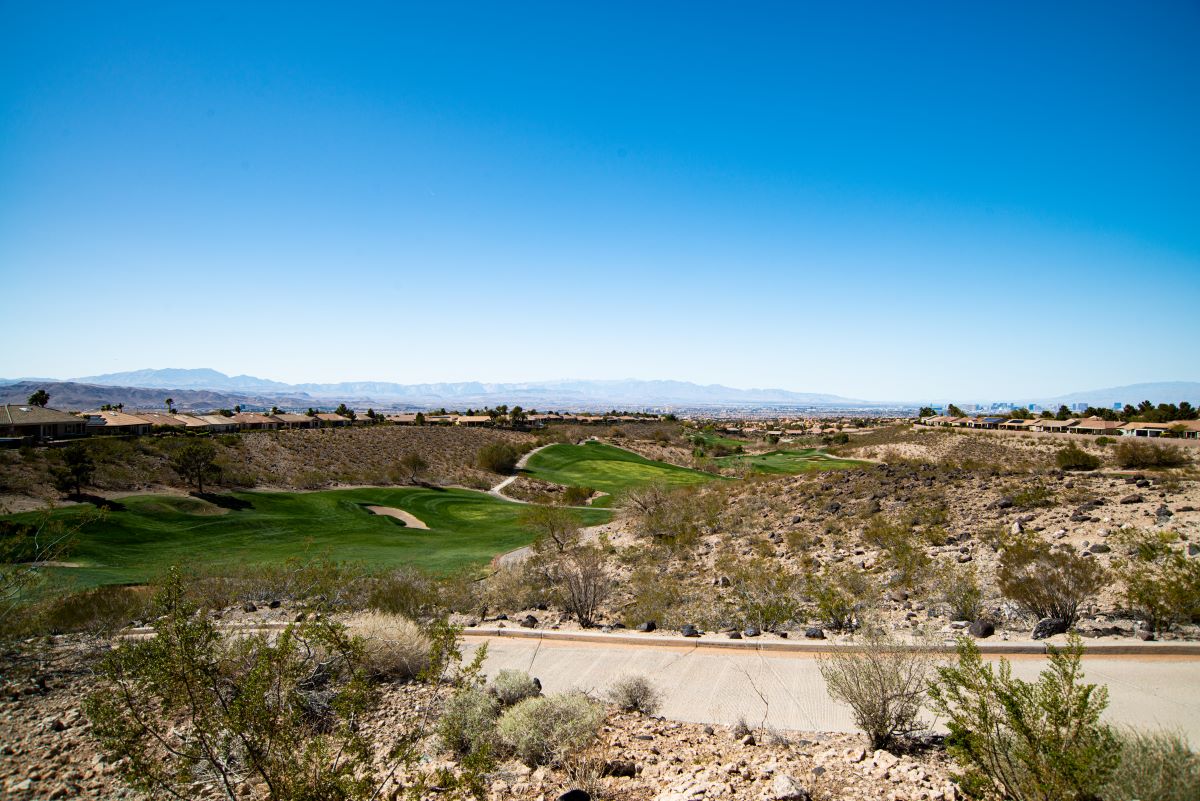 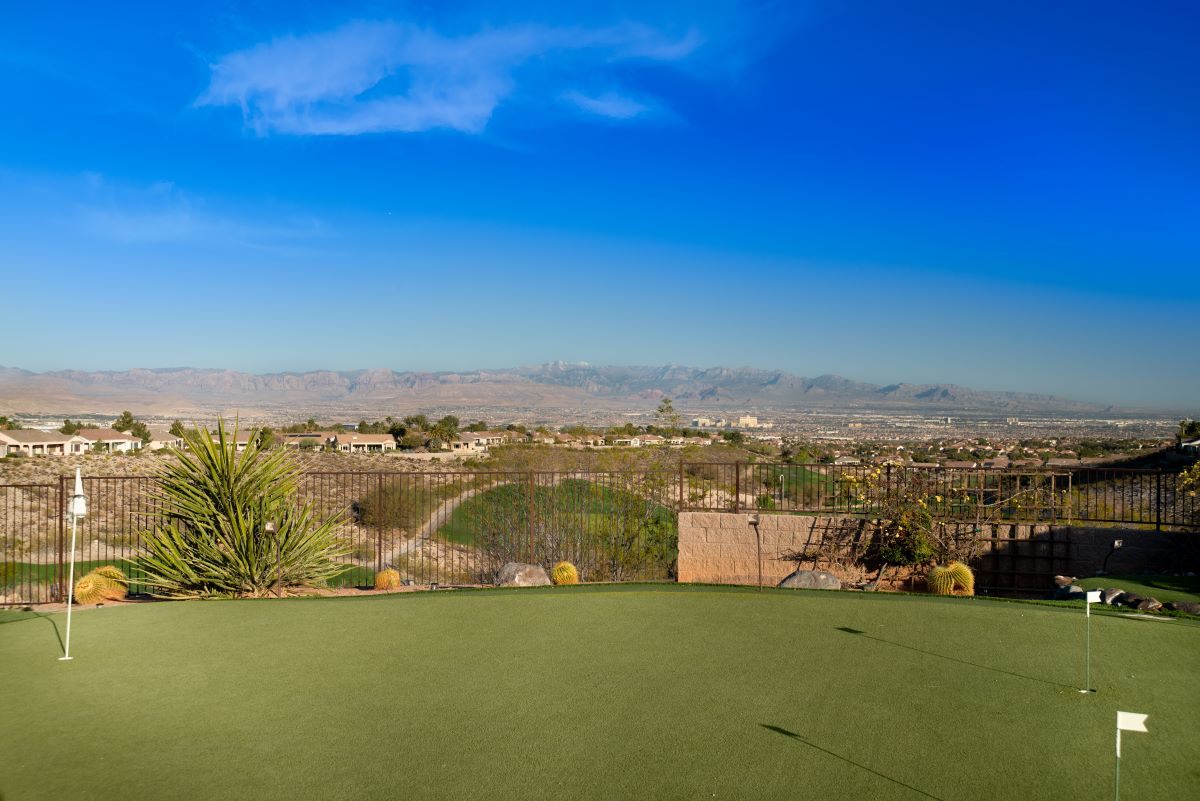 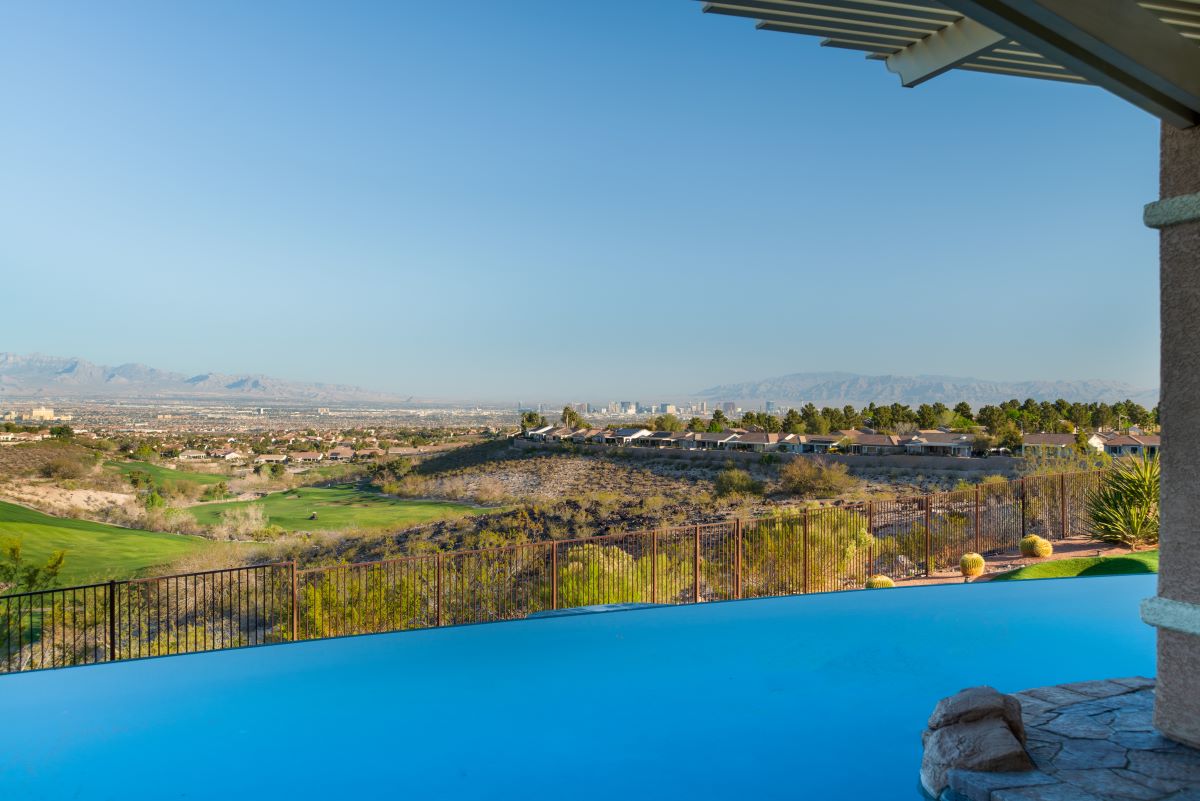 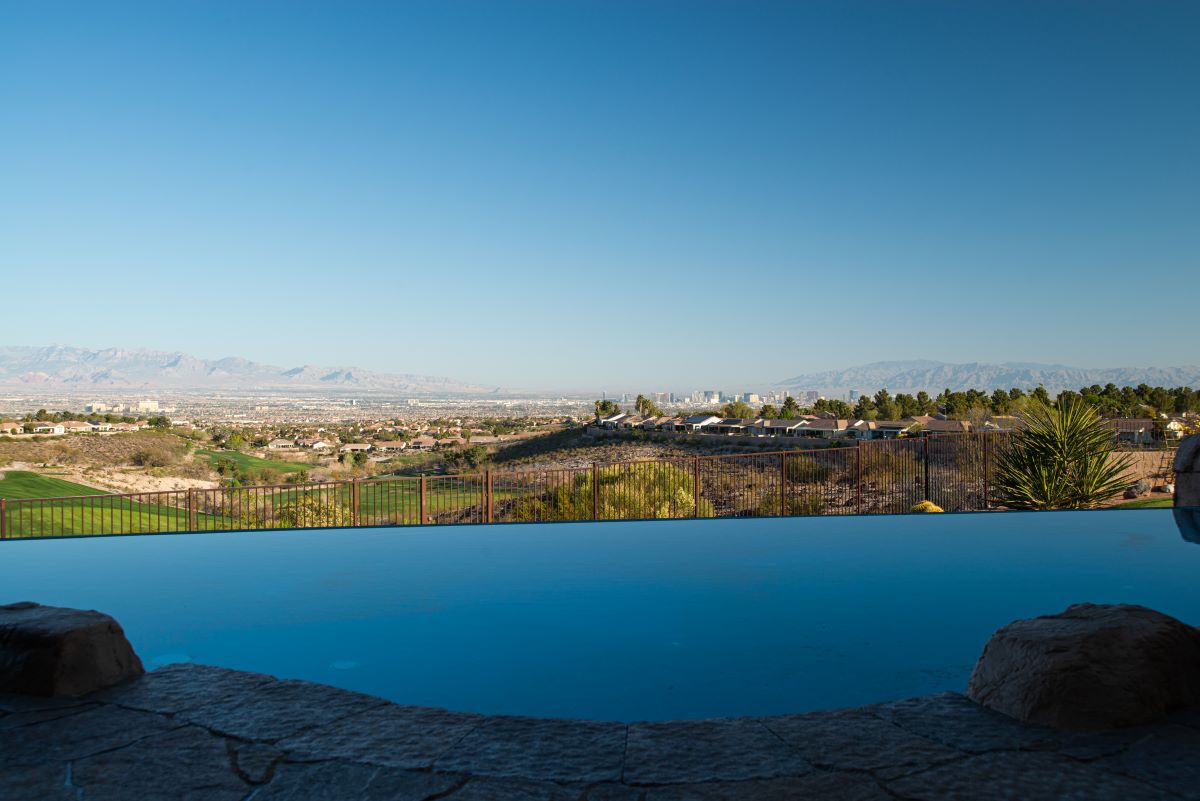 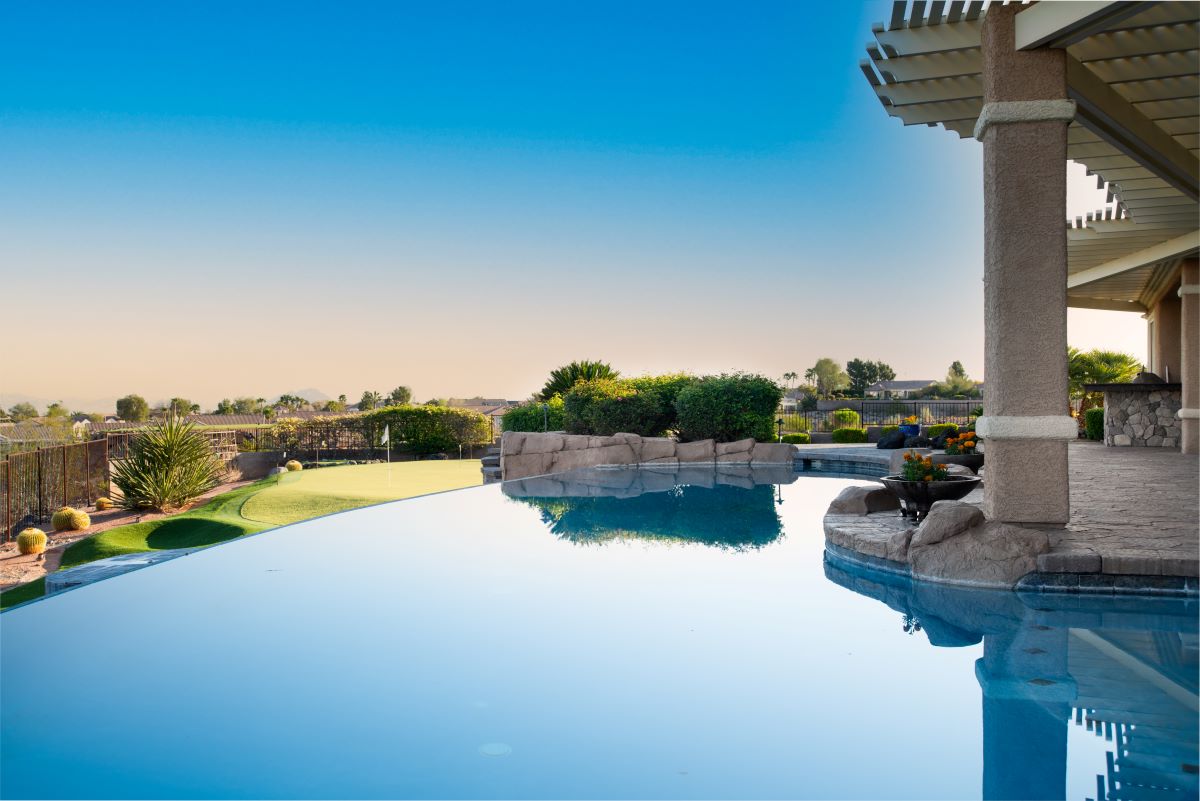 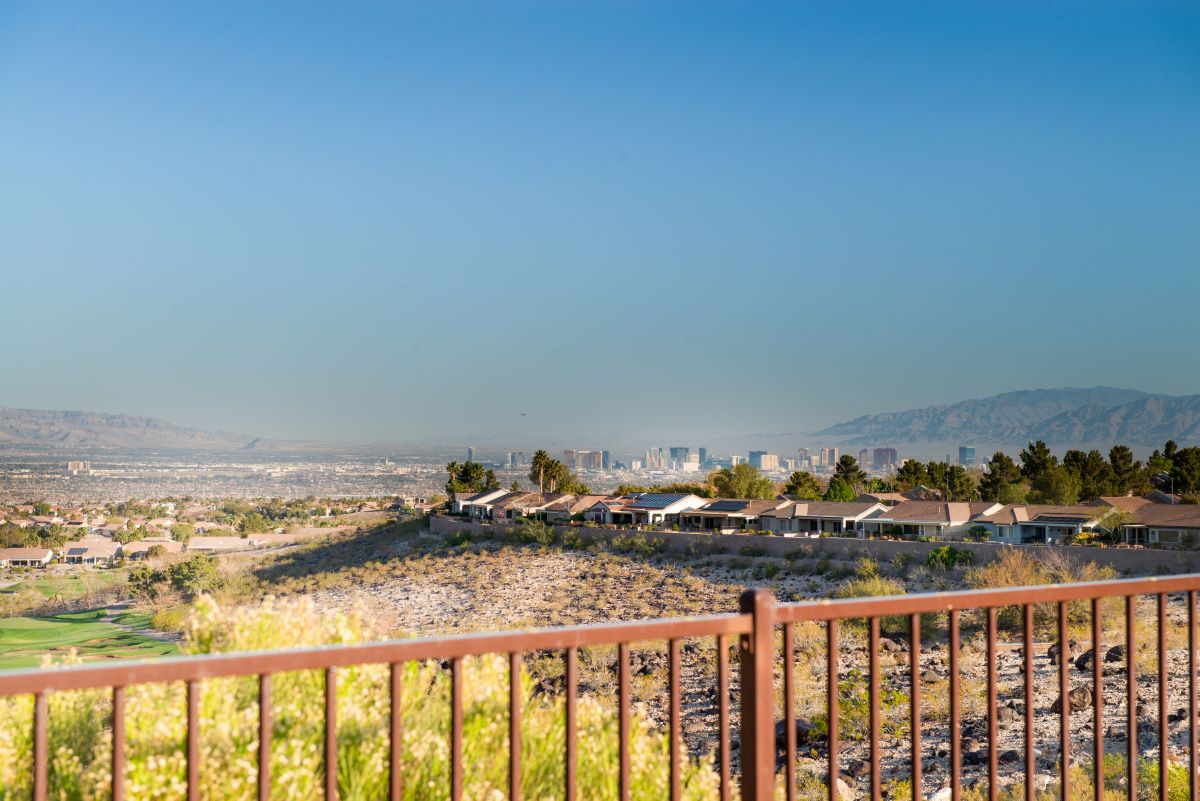 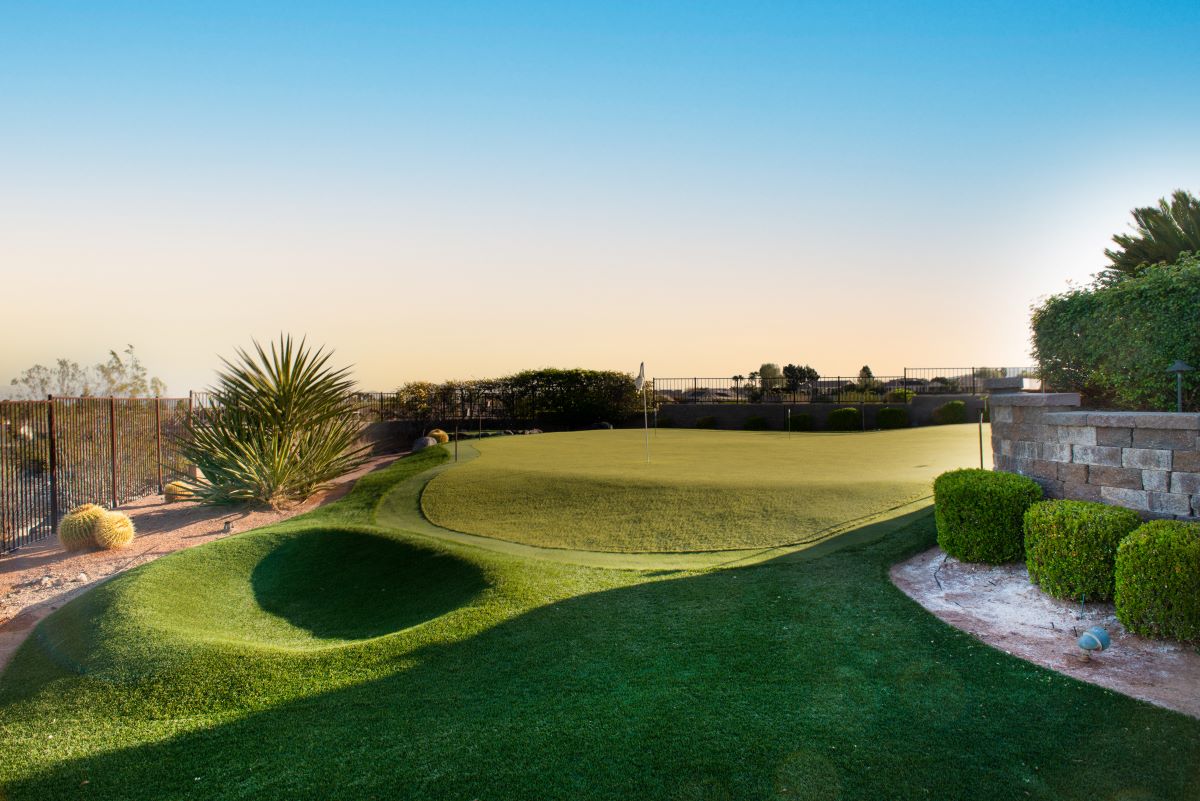 Sun City Anthem (SCA), located on the southern edge of Henderson, Nevada, was rated number 1 in the rundown of “10 Most Luxurious Active Adult Communities in the U.S.” by 55Places.com in 2011. Perched in the Black Mountain foothills, 800 feet above the valley floor, the three-square-mile 55+ age-restricted retirement community features over 7,000 homes built between 1998 and 2008.

Homeowners in Sun City Anthem live a low-maintenance and luxurious lifestyle, with upkeep, maintenance and assistance taken care of by the Community Service Group. This allows residents to take advantage of all the amenities and offerings found close to home.

SCA has more than 30 diverse floor plans, and every home has secured entryway patios and backyards. Some include front patios and casitas, while many offer breathtaking views of the mountains or the world-famous Las Vegas Strip, and others are sitting on the fairways of the top-rated Revere Golf Club. Home prices range from $275,000 to over a million dollars.

Sun City Anthem is part of the award-winning Anthem master-planned community in Henderson, the second-largest city in Nevada next to neighboring Las Vegas. With a population of over 8,000 people in more than13,000 homes, Anthem was developed by Del Webb Corporation and opened in 1998.

As of 2011, Anthem had one of the highest average household incomes in the Las Vegas Valley. It includes a Country Club community as well as the Sun City senior community. Known for natural green spaces, approximately 72 acres of Anthem’s first phase were reserved for parks and recreation.

With more than 50 clubs, social groups and volunteer organizations, there’s something for everyone in Sun City Anthem. Interests ranging from crafts, music and performing arts to sports, politics, and regional cultures are catered to and nurtured for anyone who wants to take part.

Anthem Center: The largest of three rec centers, Anthem Center has a spectacular view of the golf course and the Las Vegas Strip. Numerous outdoor events, including the famous Parking Lot Yard Sales, take place in the parking lot between the Anthem and Independence Centers.

The Independence Center: The Independence Center is home to the 300-seat Freedom Hall Theater, SCA’s own full-service theater where clubs present their shows, often written, produced, and acted by residents. You’ll also find the Sun City Anthem Television (SCA-TV) studio, where residents can discover weekly programming that highlights what’s going on inside their neighborhood. In addition, there are recreational facilities, library, pool room, classrooms and a covered outdoor courtyard.

Besides the awesome rec facilities, Sun City Anthem has its own premier Revere Golf Club, with not one but two championship 18-hole courses, the Lexington and the Concord, designed by hall-of-famer Billy Casper and renowned golf course architect Greg Nash. Both courses feature challenging terrain and astonishing panoramic views of the Las Vegas skyline and mountain landscapes. Winding through rugged desert canyons and foothill valleys, the Revere presents a perfect blend of beauty and challenge, unlike any other southern Nevada course.

Sun City Anthem’s ideal location has easy access to daily conveniences as well as exciting opportunities to explore. Sloan Canyon National Conservation Area is practically in your backyard. You’ll also be close to the Hoover Dam, Lake Mead and Lake Las Vegas, with Red Rock Canyon and Mount Charleston a surprisingly short drive along the freeway. McCarran International Airport is less than 15 minutes away.

Golfers who want to try other options besides the Revere can play at neighboring courses like Rio Secco Golf Club, Dragonridge Country Club, and The Legacy Golf Club.

Within a 5-mile radius, you’ll have access to several major shopping centers, with grocery stores such as Vons, Albertsons, Trader Joe’s, and Sprouts Farmers Market. Pharmacy needs can be met at Walgreens and CVS, both just a few minutes away.

There are numerous top-rated restaurants, bars, and retail stores just a short jaunt north on Eastern Avenue. If you’re looking for a night on the town, the Las Vegas Strip is less than 30 minutes away and offers countless opportunities, including shows, entertainers, and world-class dining options.